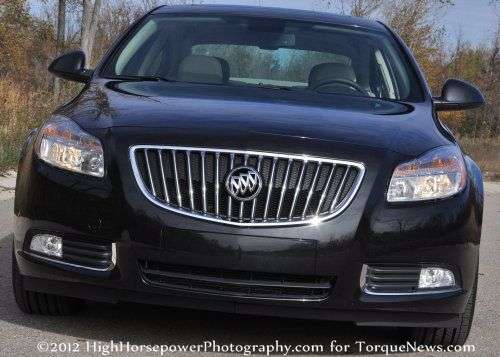 A software error has been linked to parking lamp failure in the all-new Regal.
Advertisement

The National Highway Traffic Safety Administration reports that General Motors is recalling 3,633 Buick Regals due to a lighting concern. Buick was found in violation of Federal Motor Vehicle Safety Standard No. 108, which has to do with “Lamps, reflective devices and associated equipment.” Specifically, the Regal’s parking lamps may not activate due to a software error according to the NHTSA. Defective parking lamps could reduce the vehicle’s visibility, increasing the risk of a crash. The recall affects vehicles built between February 22, 2011 and February 22, 2012.

The news marks Buick’s first recall since August 2011, when the automaker recalled 4,077 Buick LaCrosse sedans for electronic stability control problems. The LaCrosse was also recalled in March of last year for visibility issues. Despite the news, Buick has fared well compared to other GM companies like Chevrolet, Cadillac and GMC, which have all dwarfed Buick in terms of safety recalls.

The Buick Regal was first introduced in 1973 as mid-size car, but was discontinued in 2004 in North America. GM reintroduced the Regal in 2011 as an upscale sports sedan aimed at luxury car buyers. GM brought the Regal back to America mainly due to the vehicle’s success overseas in Europe and China beginning in 2008. Despite its seven-year absence in the U.S., the 2011 Regal exhibited strong sales figures in the luxury market selling over 40,000 units.