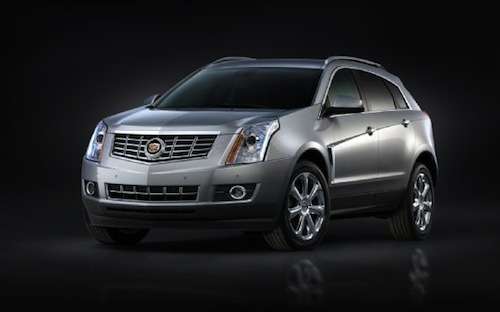 General Motors is recalling certain model year 2013 Cadillac SRX luxury crossovers and Buick LaCrosse sedans over a software problem, which may cause the transmission to unexpectedly slip from manual to automatic mode.
Advertisement

Affected by GM’s recall are nearly 34,000 model year 2013 Cadillac SRX and Buick LaCrosse vehicles, which may suffer from a software issue that may cause the transmission to inadvertently shift from DSC (manual) to Sport (automatic) mode. As a result, the unexpected shift will remove any transmission-related engine braking, thus increasing the risk of a vehicle crash.

According to documents filed with the National Highway Traffic Safety Administration, GM discovered the software defect in January while working on a 2014 Cadillac SRX engineering development vehicle. On February 14, GM concluded that 2013 SRX models were also affected by the software problem. Later that month, it was confirmed that the defect was present in certain 2013 Buick LaCrosse sedans.

There have been no reports of crashes or injuries related to the condition. GM has changed its software to ensure that the problem does not impact 2014 models.

GM will begin notifying owners and dealers of the recall on March 28, 2013. Authorized GM dealers will reprogram the transmission control module, free of charge. In the meantime, Cadillac owners may call 1-866-982-2339. Buick owners may call 1-866-694-6546. GM’s number for this recall is 13053. Concerned owners may also contact the National Highway Traffic Safety Administration’s Vehicle Safety Hotline at 1-888-327-4236 or visit www.safercar.gov.

Recall documents indicate that there is a temporary remedy for the defect that owners should be aware of. If a vehicle's transmission unexpectedly slips, DSC (manual) mode can be re-engaged by moving the shift lever to Drive and then back to DSC mode. Owners looking to avoid the problem altogether may want to limit their driving or stop altogether since the problem should be remedied in just over one week.

Wednesday recall marks the first time the Buick LaCrosse has been recalled for a transmission-related flaw, and the second occasion for the Cadillac SRX. In 2011, GM recalled almost 9,000 model year 2010-2011 SRX SUVs due to improperly fitted transmission shift cables. According to NHTSA documents, affected cables may pop out of the transmission bracket, leaving the vehicle immobile. Additionally, the gearbox may appear to be in Park when it isn’t, leading to potential vehicle rollaway.