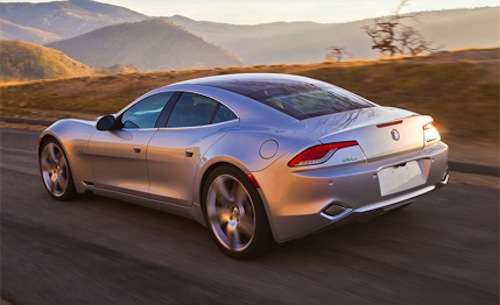 Although it received praise for its unique exterior style, the Fisker Karma earned a failing grade from Consumer Reports due its numerous technical and mechanical issues.
Advertisement

According to Consumer Reports, a myriad of faults are responsible for the Karma’s downfall. First off, the Karma suffers from countless mechanical issues. As you may recall, the Karma sedan that Consumer Reports tested back in March experienced a breakdown on a test track due to battery problems. The Karma’s repeated battery issues have resulted in a pair of recalls affecting 258 vehicles. The automaker also recalled 2,400 Karmas in August due to cooling fan concerns, which may cause fires.

Aside from technical hiccups, basic design flaws also hinder the vehicle’s interior. The Karma’s “cramped” interior offers very little rear seat room, limited visibility, poor trunk space and inept access in and out of the seats. Additionally, the vehicle’s battery pack runs down the entire center of the car, which is somewhat obtrusive. Another big design flaw is the Karma’s weight, says Consumer Reports. The “heavy” sedan weighs about as much as Dodge Durango SUV.

Not surprisingly, the Karma’s heavy weight makes “slow to launch,” according to Consumer Reports. Once the Karma is in motion it enjoys solid handling, but less than impressive gas engine performance. Even though the Karma boasts 38 miles per charge, its 260 hp 2.0-liter turbocharged GM engine only gets about 22 mpg. Not to mention, the turbocharged engine is “unrefined” and makes a “coarse” noise.

While there’s no mistaking the Karma’s impressive appearance, Consumer Reports argues that the vehicle possesses too many shortcomings to justify its $100,000 price tag. The expectations were understandably high and the Karma fell “well short,” says Consumer Reports. In the end, Fisker’s sacrifice of function for fashion was its ultimate undoing.

Despite the negative review, the Fisker Karma has collected several awards including Automobile magazine’s 2012 Design of the Year Award and the “Luxury Car of the Year” award from Top Gear Magazine.