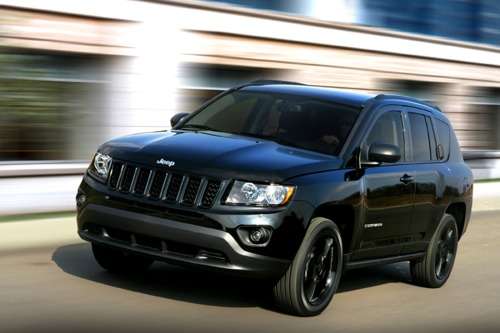 Affected by today’s recall are about 400,000 model year 2010-2012 Jeep Compass and Patriot vehicles manufactured between May 2008 and July 2012. The vehicles in question contain a software error that may result in delayed deployment or non-deployment of the side airbags and/or the seatbelt pre-tensioners. As a result, vehicle occupants have an increased risk of injury in the event of a crash, according to the National Highway Traffic Safety Administration.

The recall impacts 254,000 vehicles in the United States; 45,400 vehicles in Canada; and an additional 109,400 around the world. The automaker is unaware of any complaints, field reports, crashes or injuries related to the problem.

Chrysler will begin notifying customers of the recall in July 2013. Authorized dealers will upgrade the software at no cost to the owner. In the meantime, customers may contact Chrysler at 1-800-247-9753. Chrysler’s recall number is N01. Concerned drivers may also contact the National Highway Traffic Safety Administration’s Vehicle Safety Hotline at 1-888-327-4236 or go to www.safercar.gov. The NHTSA recall campaign number is 13V233000.

The recall comes the same day that Chrysler recalled 220,000 model year 2012-2013 Jeep Wrangler SUVs over a transmission fluid leakage issue that may cause transmission failure. The recall impacts about 181,000 Wranglers in the United States; 18,400 in Canada; 3,000 in Mexico; and another 18,400 overseas.

Unlike the Jeep Compass/Patriot recall, Chrysler has received 81 complaints and two field reports in relation to the defect. There have been no reports of crashes or injuries, according to the carmaker. Click here for Torque News’ full report of Chrysler’s recall of the Jeep Wrangler.

Both recalls arrive just days after Chrysler denied the NHTSA’s request that it recall 2.7 million Jeeps for fire-related issues. According to the government agency, 1993-2004 Jeep Grand Cherokee and 2002-2007 Jeep Liberty SUVs are built with faulty fuel tanks that may rupture and catch fire in the event of a rear-end collision. In fact, the NHTSA insists that these rear-end collision fires have claimed the lives of 51 Jeep drivers.

Despite the NHTSA’s contention, Chrysler issued says that the 1993-2004 Jeep Grand Cherokee and 2002-2007 Jeep Liberty are among the safest vehicles of their era. The automaker also contends that the SUVs meet all federal requirements. The federal government must now issue its formal findings and convene a public hearing if it wishes to proceed with a recall.

Click here for Torque News’ in-depth coverage of Chrysler’s face-off with the NHTSA.