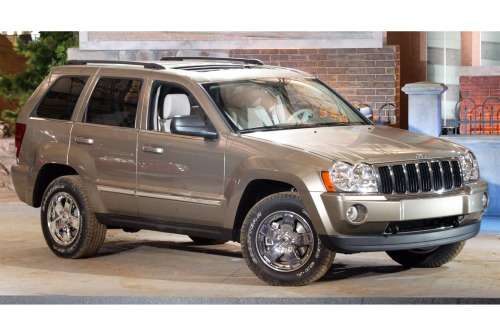 Chrysler says that the government's data is incomplete and that their proposed recall of 2.7 million Jeep Grand Cherokee and Jeep Liberty SUVs is flawed.
Advertisement

Since 2010, the National Highway Traffic Safety Administration and the Chrysler Group have been investigating fuel leaks and potential fires in Jeep Grand Cherokee and Jeep Liberty vehicles. The investigation involves Grand Cherokees from 1993 to 2004 and Liberty models from 2002 to 2007, or approximately 2.7 million vehicles.

Last month, the NHTSA issued a recall request letter to the Chrysler Group proposing that the company recall those Jeep models to repair the potential problem. Today, Chrysler issued a rebuttal letter that refuses to initiate a recall, claiming that the government's data is flawed and incomplete.

"The company does not agree with NHTSA’s conclusions and does not intend to recall the vehicles cited in the investigation. The subject vehicles are safe and are not defective," the letter states.

Chrysler (rightly) points out that the failure rate of the fuel lines in the incidents that prompted the investigation are commensurate with similar vehicles at about once every four million years of vehicle operation. The company also points out that the vehicles in question all complied with Federal Motor Vehicles Safety Standards applicable to them, including FMVSS 301 for fuel-system integrity.

“The safety of drivers and passengers has long been the first priority for Chrysler brands and that commitment remains steadfast,” said Sergio Marchionne, Chairman and CEO of Chrysler Group LLC in the letter. “The company stands behind the quality of its vehicles. All of us remain committed to continue working with NHTSA to provide information confirming the safety of these vehicles.”

A white paper, issued by Chrysler, on the NHSTA recall is available from their website (PDF).