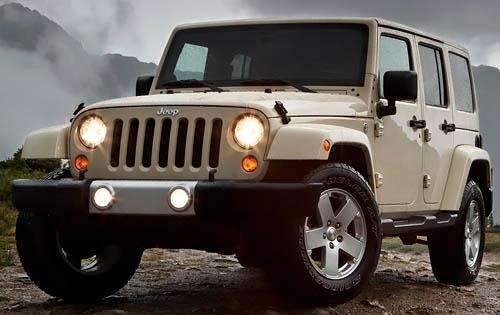 Chrysler is recalling certain model year 2012-2013 Jeep Wranglers due to a transmission fluid leakage problem that may lead to total loss of transmission function.
Advertisement

Affected by today’s recall are about 220,000 model year 2012-2013 Jeep Wrangler vehicles manufactured between Jan. 23, 2011 and Feb. 23, 2013. According to the National Highway Traffic Safety Administration, the power steering line may contact and damage the transmission oil cooler line, which may result in transmission fluid leakage. In some cases, the loss of fluid can lead to total transmission function failure. The recall concerns roughly 181,000 vehicles in the United States; 18,400 in Canada; 3,000 in Mexico; and another 18,400 overseas.

Chrysler will begin notifying customers of the recall sometime in July. Authorized dealers will replace the power steering return assembly line at no cost to the owner. If the line shows no signs of damage, it will be fitted with a protective sleeve as a precautionary measure.

The automaker first became aware of the defect in August 2012 during routine durability testing. As a result, Chrysler opened an investigation and later determined that contact between the power steering return line and transmission oil cooler line was causing transmission fluid leakage.

Chrysler is aware of 81 reports of transmission problems, including two field reports. There have been no reports of accidents or injuries related to the issue, said the automaker.

The recall comes just days after the NHTSA asked Chrysler to recall 2.7 million Jeeps for fire concerns—a request which the automaker denied. According to the NHTSA, 1993-2004 Jeep Grand Cherokee and 2002-2007 Jeep Liberty vehicles contain fuel tanks located behind the rear axle that may rupture in the event of a rear-end collision—which may lead to a fire.

Although the government agency said that the fires caused by these rear-end collisions have killed 51 people, Chrysler insists the vehicles met all federal standards and are safe. Chrysler stated that the incidents cited by the NHTSA are extremely rare cases and signify just a small fraction of the total number of fatal crashes. Furthermore, the automaker stated that the 1993-2004 Jeep Grand Cherokee and 2002-2007 Jeep Liberty are amongst the safest vehicles of their era.

The NHTSA now has the option of issuing a formal finding and convening a public hearing—the last step before ordering a recall.

Click here for Torque News' in-depth coverage of the show down between Chrysler and the NHTSA.