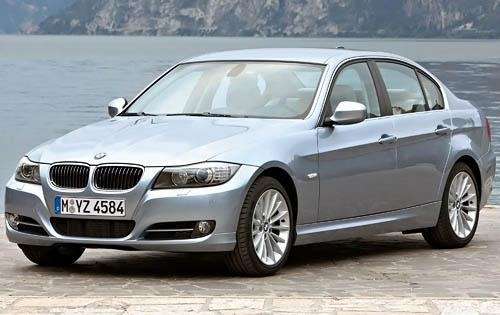 BMW has announced the recall of nearly 570,000 cars in North America over a battery cable connector issue, which can cause engine stalling. The recall affects 2007 through 2011 3-Series sedans, wagons, convertibles and coupes; 2008 through 2012 1-Series coupes and convertibles and 2009 through 2011 Z4 sports cars. BMW’s safety recall impacts over 504,000 vehicles in the United States and 65,000 in Canada.

According to documents filed with the National Highway Traffic Safety Administration, cable connectors and a fuse box may degrade over time, thus breaking the electrical connection between the trunk-mounted battery and the fuse box. If this occurs, affected vehicles may lose electrical power, causing engines to suddenly stall. Unexpected stalling may increase the risk of a crash and/or injury.

BMW is expected to begin notifying owners of the electrical recall next month. Authorized dealers will replace the positive battery cable connector and secure it, free of charge. In the meantime, owners may call BMW at 1-800-525-7417 or email BMW at [email protected] Concerned drivers may also contact the National Highway Traffic Safety Administration’s Vehicle Safety Hotline at 1-888-327-4236 or visit www.safercar.gov. The NHTSA Campaign Number is 13V-044.

BMW first became aware of the issue in July 2010 due to two field cases of electrical system failure. Additional cases of engine failure were reported in October and December 2010. BMW received further customer complaints throughout 2011, prompting the automaker to issue a Service Information Bulletin (SIB) in July 2011 to address the “no start” problem. Similar examples of engine stalling were also reported in Canada, beginning in March 2012. There was one minor collision in Canada associated with the recall, according to BMW.

Here is the breakdown of the total vehicles affected in the United States:

As the data illustrates, the recall primarily impacts the 3-Series, which is BMW's most popular car in the U.S. The best-selling 3-Series sold nearly 100,000 vehicles in the U.S. last year. The BMW 3-Series has won numerous accolades throughout its history including being named to Car and Driver magazine's annual Ten Best list 21 times.

Saturday’s recall comes just one day after BMW recalled over 30,000 model-year 2007 through 2010 BMW X5 SUVs to remedy a brake issue. Affected models contain a faulty brake vacuum pump, which may lead to oil leakage. Such an occurrence can cause contamination, resulting in loss of power assist braking. Unlike Saturday’s recall, the X5 recall only affects models sold in the U.S.