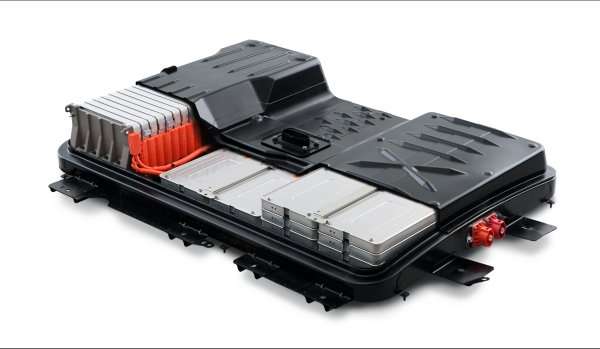 Where Do Those Old Nissan LEAF Batteries Go? Nissan and 4R Energy Have An Idea

When the battery in a Nissan LEAF electric car has run its course and is no longer useful for powering the electric car, it's life isn't over yet. Not if Nissan and 4R Energy have anything to say about it.
Advertisement

Now that the electric Nissan LEAF has been on the road for a few years, thought is being put to what will happen to the batteries from those cars which have been retired or had them replaced. The battery pack in an electric vehicle (EV), like the engine and transmission in a combustion-powered car, eventually requires replacement. When that time comes, most lithium-ion battery packs in most EVs on the road are made to be almost fully recycled, just as a combustion engine can be melted down and made into other things.

But what if the batteries, which likely still have a large percentage of their capacity to hold power, were re-used for something else instead of being recycled?

This idea is far more eco-friendly and would give rise to a whole new cottage industry of re-purposers. Nissan may not have come up with the idea, but they're embracing it and have created a joint venture, 4R Energy, to make it happen.

Planned for use globally, the program is a partnership with Green Charge Networks, the largest provider of commercial energy storage. A new stationary storage application will utilize reclaimed LEAF battery packs from cars that have been retired, wrecked, etc. and built them into integrated power storage units that can be purchased and attached to the grid of any commercial, industrial, municipal, or other power system. Because the batteries are reclaimed rather than new, the units have a cost advantage over current offerings, making them competitive as an alternative.

"A lithium-ion battery from a Nissan LEAF still holds a great deal of value as energy storage, even after it is removed from the vehicle, so Nissan expects to be able to reuse a majority of LEAF battery packs in non-automotive applications," said Brad Smith, director of Nissan's 4R Energy business in the U.S. "Nissan looks forward to working with Green Charge Networks to get second-life vehicle batteries into the hands of customers who can realize benefits that include improved sustainability and lower energy costs."

These types of power systems give businesses, towns, schools, etc. the opportunity to be more "grid friendly" by storing power for use during peak use times or power outages and disasters. Energy savings can be a fast impact on the bottom line as well when on-site storage pulls from the grid during non-peak hours (or from local generation sources like solar or wind) and adds it back in during peak hours to reduce usage from the grid.