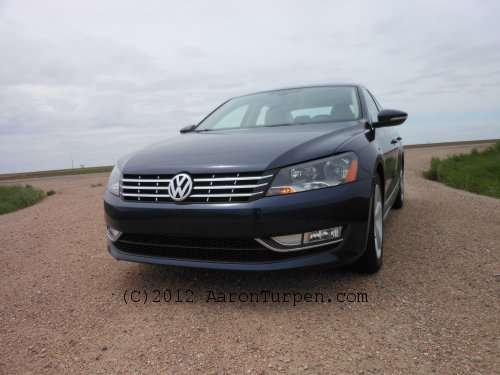 The 2012 VW Passat has been voted the top-rated premium mid-size car in the Autobytel and AutoPacific 2012 Vehicle Satisfaction Awards.
Advertisement

The Autobytel and AutoPacific award is given by consumers and media who vote for their favorite vehicles in an annual survey. Several Volkswagen vehicles took awards in various categories. The Passat won as the top-rated premium mid-size sedan.

Autobytel and AutoPacific surveyed over 75,000 vehicle owners for the awards. These awards are designed to help consumers make choices in purchases by giving them a "true word-of-mouth" survey of experiences. The survey includes 48 individual vehicle attributes on which voters rank their vehicle in the ownership experience.

Other VW winners include the top-rating in the compact car category by the Beetle, top rating premium compact in the GTi, and top rated compact crossover with the Tiguan. With four awards in total, VW won more individual awards than any other single brand.

Other winners in the Autobytel survey this year include the Mercedes-Benz S- and C-class cars for premium and aspirational luxury (respectively), the Chrysler 300 for large car, the Subaru Legacy for mid-size car (non-premium), the Chevrolet Sonic for economy car, and the Corvette for sports car.

Pickup trucks in the awards included the Ford F-150 for large light duty, the F-Series Super Duty line for heavy duty, and the Cadillac Escalade for luxury SUV. The Honda Pilot and CR-V won both the premium and non-premium mid-sized crossover awards (respectively). The Honda Odyssey was voted best minivan.

These awards are looked to by many consumers as a gauge of what real life owners of vehicles think of their purchases and are released mid-year, after many survey participants have had their new cars and trucks for several months.

Toyota's First EV Will Have a Name of BZ: Toyota BZ
First Videos From Inside The Boring Company's Las Vegas Loop
END_OF_DOCUMENT_TOKEN_TO_BE_REPLACED