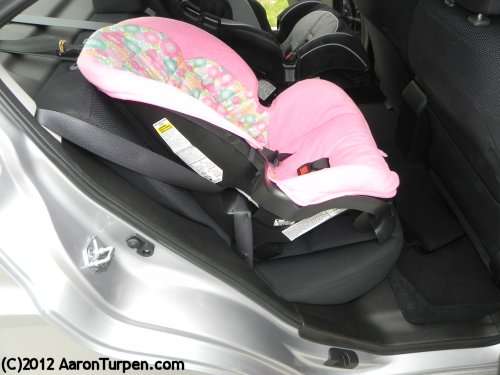 Toyota and Cincinnati Children's team up for child safety

Three out of every four child car seats is improperly installed, says the National Highway Traffic Safety Administration, and almost fifty percent of children fatally injured in motor vehicle crashes were unrestrained. Toyota wants to help address this issue and has partnered with the Cincinnati Children's Hospital to do it.

To thank the public for participating in this new program, Toyota will be donating 10,000 top-rated child safety seats to families in need.

“The goal of our partnership with Toyota has been to help keep as many children safe as possible and to educate families on the importance of properly buckling children up during every ride,” said Dr. Victor Garcia, founding director of Trauma Services at Cincinnati Children’s, professor of pediatric surgery and a co-founder of Buckle Up for Life. “The campaign on Causes.com expands our ability to fulfill this vital mission and to reach even more people across America with information that saves lives.”

The campaign can be viewed at Causes.com/Toyota and the live Twitter chat will take place at 2:00 P.M. Eastern Time in both English and Spanish and will be hosted by Corinne McDermott, a family travel expert and founder of Have Baby, Will Travel. See the Causes page for more information and get tips through the tag #BuckleUpforLife.

“While cars and trucks today are safer than they’ve ever been, motor vehicle crashes are still the leading cause of death in the United States for children between the ages of one and 12,” said Patricia Salas Pineda, group vice president of National Philanthropy and the Toyota USA Foundation at Toyota Motor North America. “Tragically, so many of these deaths and injuries could be avoided through the proper use of child car seats and seat belts. We are pleased to be working with the visionary medical experts at Cincinnati Children’s to help empower parents and caregivers to make an even bigger difference in protecting young passengers, while also bringing thousands of new child car seats to families in need.”