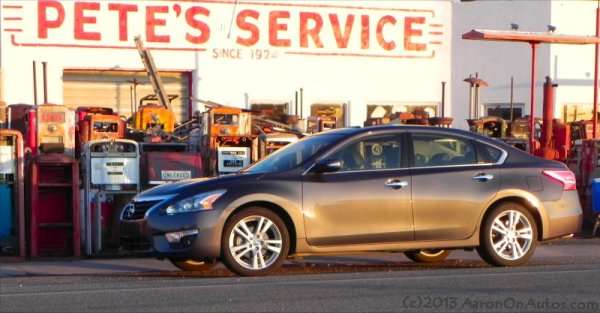 October sales for Nissan USA jumped up from last year's sub-80,000 totals to set a new October sales record for the company.
Advertisement

Fred Diaz, divisional vice president, Sales and Marketing and Service and Parts, Nissan U.S.A. said: "Nissan’s record October performance demonstrates that a Washington shutdown was not enough to shut down our sales momentum. With the all-new 2014 Rogue hitting dealer showrooms this month, we expect Nissan’s growth to continue to accelerate.”

Sales of the Nissan Rogue crossover lead the way to these big increases, jumping 53.1 percent, even as the company prepares to bring an all-new model for 2014 to market later this month. This gives credence to Nissan's idea of keeping previous-generation vehicles on the market longer, something we plan to explore in a future article.

Pathfinder sales were also huge, jumping 90.4 percent and with deliveries skyrocketing to 182.7 percent over last year at this time. Traditionally, the fall sees more crossover and SUV sales than the rest of the year, so some increase is expected, but this is phenomenal.

At the same time, the Nissan Frontier had a jump that was nearly as spectacular, going up 71.8 percent year-on-year, a part of which is thanks to the more fuel-efficient four-cylinder model seeing increased availability as production in Smyrna, Tennessee climbs.

Finally, the little Nissan LEAF electric car saw a 26.8 percent increase over last year's already strong performance, raising deliveries by 166.2 percent as availability ceases to be a problem this year. A new October record of 2,002 units was set for the LEAF.

At Infiniti, the new Q50 lead sales increases with 2,556 units sold of the total 9,152 units the Infiniti brand brought to market for October 2013. The QX60 also performed well, with a 4.4 percent increase over last year.

All in all, a good month for Nissan and Infiniti, with great numbers all around.