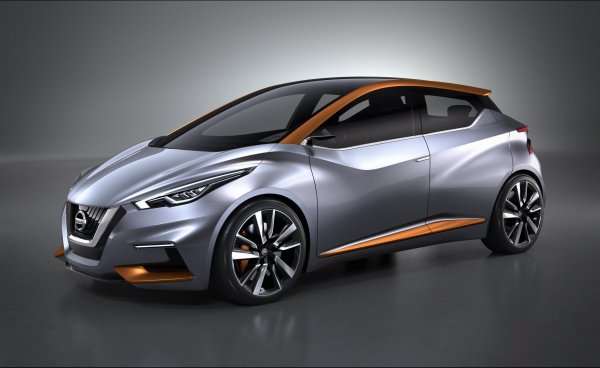 The Nissan Sway Concept Debuts in Geneva - Why America Needs One

America needs a Nissan Sway. This great new concept vehicle debuted in Geneva and we think it should come here too.
Advertisement

When the Nissan Sway unveiled at Geneva yesterday, it was met with enthusiasm from the European audience it was designed for. This little compact car is great to look at, showcases some future design trends Nissan will be taking, and was meant as a gauge to see how well-received a compact like this might be. As a European hatchback, it's a great-looking car with design elements that emphasize its sporty appeal and enhance interior space.

Now we'd like to see this little car come to the United States.

By and large, very small cars are not generally hot sellers here, but there are a few that really stand out. The Nissan Versa, for example, sells in huge numbers. As does its competitor the Honda Fit and as do some other "micro" cars like the MINI. The key element seems to be versatility, curb appeal, and price tag. If a manufacturer can hold a very low price and still have a lot of curb appeal and versatility, the car will do well in the subcompact segment. We think that the Nissan Sway, if it has a sub-$20,000 price point, would also do well here.

The Sway is designed with a floating roof accentuated by the kicked-out C-pillar at the rear. Character lines run up the hood and across the fenders and body work from the "boomerang" headlamps. The most eye-catching of those lines begins at the front grille and curves on either side over the hood and fender before swooping down to accentuate that fender and carry along the door to the rear quarter. The photo above captures this very well. An interesting design point here is the reverse-C pillar shape at the rear, which allows the center pillars (B-pillars) to be thinner, giving the floating roof look and a more airy appeal from the interior. A similar look can be seen on the 2015 Nissan Murano.

The interior is made to maximize space. The wing-shaped dashboard from the IDx concepts is seen here again, indicating that this will be Nissan's future look. Much of the interior in the Nissan Sway is aimed towards simplicity and function, with a trapezoidal tablet dominating the center console. Removing clutter from the interior, says Nissan, gives a lot more space both physically and perceptually.

All in all, we think the Nissan Sway could have a place in the U.S. This beautiful little car would fit nicely in Nissan's lineup, adding a new segment offering below the Note in terms of size, but with a more stylistic appeal that would allow a slightly larger price point.

Tesla Contemplates A New Strategy for China Retail even As Sales Boom
Jay Leno on Elon Musk & EVs: “I Think He Should Get ... Credit"
END_OF_DOCUMENT_TOKEN_TO_BE_REPLACED