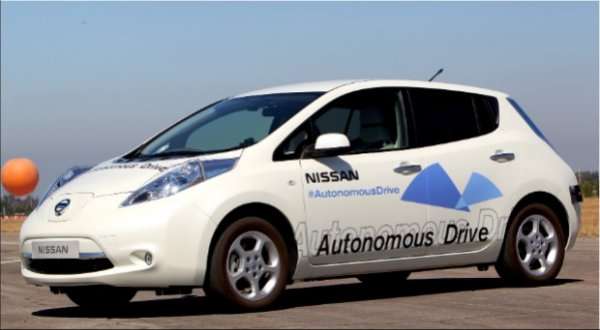 Five things self-driving cars will change for you

Self-driving cars, which Nissan is pursuing rigorously, will have many unfathomable impacts on the automotive industry and more, but here are five things they'll do to improve your life.
Advertisement

The idea of cars that drive themselves is as old as are autos themselves. Ever since we gave up the semi-self-driving offered by the horse in favor of the faster, lower-maintenance automobile, we've pined for a day when the car could do most of the work on its own. Slowly, but surely, that has been coming.

Most famously, recently, the Google Self-Driving Car and Nissan's Autonomous Drive LEAF have been at the forefront of this coming revolution. As much as auto enthusiasts might lament it, the era of cars that drive themselves is coming. Soon.

Although a lot of auto journalists and enthusiasts tend to poo-poo the idea of enjoying a car that does the driving on its own, it's not very likely they'll feel that way once these cars are the norm and Autonomous Drive becomes an accessory rather than a visionary new idea. It wasn't too long ago that automotive magazines hated on cruise control, parking assist devices, and the like. Yet now, I have yet to meet anyone whose used new technology such as Active Cruise Control that doesn't fall in love with it once it's been tried first-hand.

With that in mind, here are five things that, auto buff or not, you will love about Autonomous Driving when it becomes mainstream.

Driving As a Chore No More
Whether we'll admit it or not, often times, driving becomes part of our daily grind of chores to accomplish as we get things done. As much as many of us love taking a drive, most of the time we do it because we have to, not necessarily because we want to. When the car does the work itself, a lot of this "chore" feeling will be lifted and the other four things on our list will come into play.

Personal Interactions Go Up
If the car can drive itself, the driver now no longer needs to face forward all the time. Swivel seats and carpool-style, multi-passenger trips will become more common since the vehicle will be able to more easily accommodate multiple passengers and the time in the car will allow a lot more interaction without awkward mirror peering and head cocking so the driver can pay attention to the road.

Parents, think of it! No more yelling into the back seat to tell the kids to pipe down or stop throwing things around the cabin. Instead, you can turn around and face them throughout the drive.

Faster Speeds Will Mean Faster Arrival
Self-driving vehicles will mean easy allowance for faster speeds on the road. Efficiency arguments aside, this will be an obvious outcome of a world in which cars predominantly drive themselves. Especially if HOV lanes, for example, become "Auto-Drive Only" lanes. Current 65 mph freeways can become 100 mph with little repercussion in accidents as a result.

That means you'll get there faster and the commute, thanks to the improved comfort, will be much less stressful.

Interior Comfort Will Skyrocket To New Levels
While many imagine luxury as being what we can find in today's highest-end automobiles, like my own recent test drive of the beautiful Infiniti QX80 as a press loan, the reality is that today's luxury cars only touch on what's possible when you don't have to cater to an upright, forward-facing, driving-centered cockpit. If the car can drive itself, there's no need for seating to be limited to L-shaped chairs that all face the same direction.

I predict that a natural outcome will be couches, easy chairs, and even beds in some models. I fondly remember sleeping in the homemade bed platform my dad installed in our Chevrolet Beauville van when I was a kid. That may make a comeback.

No More Parking, Shuttling, or Being Banned
Finally, the greatest improvement will be in automating the simplest and most mundane and often frustrating tasks associated with driving. Namely parking the car, shuttling people around, or being too old or young to drive at all.

Grandma won't need to ask to be taken somewhere because all she needs to do is get in the car and go. Similarly, mom doesn't have to be the taxi anymore because the kids can, with parental OK to the car (of course), just climb in and get driven to soccer practice and dance school without her. Finally, no one will need to park anymore because we can all just get dropped at the front door and leave the car to park itself and then return for us when we are done.

In fact, it's not hard to imagine the idea of a driver's permit itself becoming obsolete, though given the pace of government bureaucracy, that could take centuries.

What do you think? What could change for the better should Autonomous Driving become the norm in the near-future?

John Goreham wrote on April 5, 2014 - 10:28am Permalink
Great article, and I HATE valets, so I can see one big benefit for me. One thing I will say is that unless there is some huge shift in the way the government and our insurance companies micro-manage our driving it is hard for me to ever see a self-driving system that will be programmable to break the posted speed limits. You're right that many cars can go much faster than posted speeds very safety, especially in dry weather, but the landscaping truck with trailer, delivery van piled with goods, tractor trailer pulling a giant sphere of propane, etc, will not be able to in the rain, or when it is snowy. Since speed disparity is too dangerous, automated driving means sloooow driving. - - I envy your part of the world for its open spaces (that might actually be suable in some way.) Here in New England there is no such thing as a new road, so I have no hope of future fast lanes for any vehicles, fast or slow. We spent 15 billion tax dollars to widen the main road through Mass, ironically called "The expressway" (Rt 93) from 3 lanes to 3. Not a typo.
Aaron Turpen wrote on April 5, 2014 - 11:15pm Permalink
I can see the HOV lanes, especially becoming higher-speed options in the future and eventually, a couple of generations hence, see the possibility of freeways in-town being inaccessible to anything but autonomous vehicles. Who knows? Having driven over the road, though, I can say that a lot would change in the day-to-day of driving. Faster or not, even now, I love when I get test cars that have adaptive cruise. I can imagine what having "drive itself" would be like from that point. :)