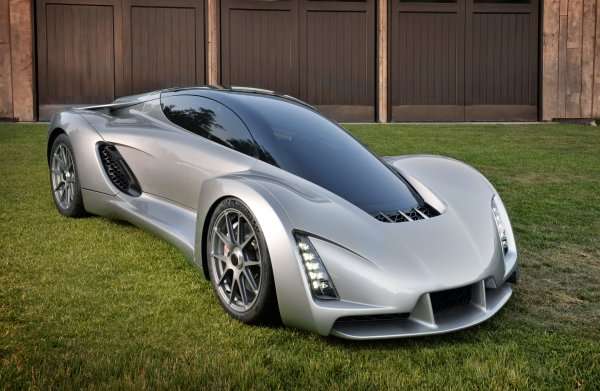 "Disruptive manufacturing" is the term used to describe innovative, forward-thinking ideas that could change everything in an industry. Is the Divergent Blade one of those?
Advertisement

If the folks at Divergent Microfactories have their way, they will turn the automotive industry on its head by introducing localized manufacturing techniques that heavily rely on three-dimensional printing. Their CEO says they want to "dematerialize and democratize car manufacturing." The company has unveiled their supercar prototype, the Blade, to highlight this intention.

This may sound familiar and if it does, that's because a company called Local Motors in Arizona has been doing the same basic thing for several years now. We highlighted them here at Torque News last year when they announced plans to build the first 3D printed electric car. Something which, we note, they've now done and they are currently in their fourth generation of that low-speed EV. The third generation of the car was made at the Detroit Auto Show this January where both myself and Patrick Rall witnessed it first hand.

Back to Divergent, though, we note that their plans are a little bigger. Where most of Local Motors plans have been to build relatively traditional cars, with the 3D printed EV as a side note, Divergent seems intent on doing nearly the whole car - a road-going supercar at that - instead.

“Society has made great strides in its awareness and adoption of cleaner and greener cars. The problem is that while these cars do now exist, the actual manufacturing of them is anything but environmentally friendly,” said Kevin Czinger, founder & CEO, Divergent Microfactories. “At Divergent Microfactories, we’ve found a way to make automobiles that holds the promise of radically reducing the resource use and pollution generated by manufacturing. It also holds the promise of making large-scale car manufacturing affordable for small teams of innovators."

The secret for Divergent is in the "Node." This is an aluminum joint that is printed using cutting-edge 3D technology. This Node connects carbon fiber tubing to build the car's chassis. This cuts down both the amount of 3D printing necessary to build the car, allowing faster and more traditional small workshop methods of molding to be used in conjunction with printing, and means assembly is very quick. Materials and energy use are dramatically reduced, Divergent says, resulting in a strong and more durable, but also cheaper and lighter car.

The Blade is their showcase of this tech in action. Made using their Node design, the Blade utilizes a 700 horsepower bi-fuel engine (natural gas, gasoline) and weighs only 1,400 pounds. It's 0-60 is an astonishing two seconds and it's entirely street legal in its design. The car can be made in the Divergent microfactory and the company plans to put the platform into the hands of small innovators and builders, allowing the car to be built anywhere, anytime. They call this "democratizing" auto manufacturing.

A very cool idea, the Divergent plan may be something that completely changes how we view automotive.