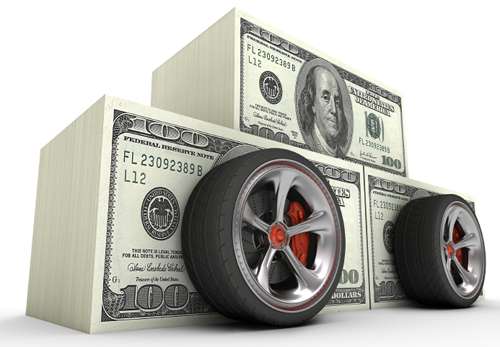 CAFE and You, Part 3 - What the New Standards Mean

This is the third part of a 3-part series on the Corporate Average Fuel Economy standard and how it affects American automotive, for good or ill. In this segment, we look at the new 2007 standard (updated recently) and how it will affect our market; and why it may not be necessary at all.
Advertisement

In part one of this series, we looked at the history of CAFE and its background born of meddling in foreign affairs. In part two, we talked about the effects of CAFE and its dubious record for meeting its goals. Now, let's look at the latest standard that was updated in 2007 and further bumped ahead by President Obama and the EPA.

The New CAFE Requirements
The Energy Independence and Security Act of 2007 raised the required average fuel economy to 35mpg in a tiered system to be finally met in 2020. The Obama Administration bumped that requirement by half a mile (to 35.5) and lowered the target year to 2016.

What this means, in a nutshell, is that the average fuel economy for an auto manufacturer's fleet of offered production vehicles must be 35.5mpg by the year 2016 (less than four years from now). What the CAFE requirement does not do is change the market itself. Manufacturers are required to have production vehicles that boost their average total fleet economy to 35.5 – so for most automakers, one offered battery electric car or a handful of high mileage hybrids will likely raise their economy enough to meet that standard.

But with sales? Detroit is still free to push SUVs and pickup trucks and you are still free to buy whatever you wish to drive. But they'll cost you more, whether you buy that 15mpg pickup truck or that high-tech EV. CAFE is a sort of hidden tax. More on this in a minute.

First, Understand the Production Cycle for Automotive
The first thing to know is that raising the standard over the next four years won't really impact the cars on the road nationally for at least fifteen years. Even a higher standard today will not mean better economy for at least a decade.

This is simply because of the way the automotive market functions. The production cycle for a car starts at design (or re-design), then goes to testing, then sales. This process takes five years at minimum. Most models then see minor (mostly cosmetic) changes every four to five years and major re-design overhauls every decade. The manufacturer expects to see a return on investment in two to three years from the model's initial introduction to market (or after introducing a re-design). The five year cycle of refresh is to keep the car competitive in terms of style. Interim changes are often very minor. (See Thomas Klier and Joshua Linn, RAND Journal of Economics, Spring 2012)

So while the vehicles could improve their economy initially, in reaction to the new regulation's targets, the proliferation of that vehicle to consumer acceptance and ownership will not occur for a decade – the average life of a vehicle before a replacement is made in the U.S. is just over ten years. For the consumer, fuel economy is only one of many factors affecting a purchase decision, though recent studies have shown that it's often a primary ("top 3") consideration. This was shown by Molly Espey of Clemson University in her Regulation Magazine writeup Do Consumers Value Fuel Economy? published in 2005.

All of that, of course, assumes that he car sells well and is a popular consumer model, which is not guaranteed – witness the Chevrolet Volt or the Nissan Leaf or any of a number of other high-mileage vehicles that, frankly, make up only a miniscule part of the total automotive market in the U.S. While many current EVs are just "compliance cars" for California, expect to see this phenomenon very quickly become CAFE compliance autos as well.

The Hidden Cost of CAFE
These regulations are forcing automakers to ramp up research and development of fuel efficient vehicles and push them to production faster than they would have before. While on the face of it, that might sound like a good thing, it comes at a cost. A cost born by consumers, both rich and poor. Sadly, it's a cost that does little to change the total landscape of fuel efficiency in the cars on America's roads, but politically it gives the illusion of "getting tough with reluctant automakers" in an environment where we've come to expect innovation to take place in months, not years.

Computers are not cars and cars are not gadgets. While Apple can conceivably churn out a completely re-designed iPhone or iPad every year, automakers cannot. So all of this forced innovation means that auto manufacturers will have to spend a lot more money on R&D for vehicles that, frankly, are not expected to sell well enough to do much more than break even during their model lifetime. Breaking even would be the best they can hope for, actually. Most will be a losing proposition. The Corporate Annual Financial Reports of General Motors, Ford, and Fiat-Chrysler all say the same thing: their "new tech" vehicles (electrics, specifically) will not return on investment (ROI) by 2016 but will help them meet CAFE requirements. The White House's own (rather conservative) estimates are that CAFE compliance will raise the price of the average vehicle by $1,300.

Meanwhile, most of the efficiency and development that CAFE is forcing would actually be happening anyway, it would just take a little bit longer as development moved at a more comfortable pace. Long before new CAFE standards were set in 2007, Toyota, Honda, GM, and plenty of others were working on battery-electric, hybrid-electric, and hydrogen fuel cell vehicles. These were happening without a big push from government. Fuel cells especially, since the U.S. government, in comparison to its support for battery electrics, has shown little love for HFCVs.

Again, while the CAFE standard will force automakers into compliance with costly development, it does nothing to force consumers to buy those new, costly machines. Anyone familiar with politics knows that a direct tax of this sort is instant political death. Just as "Obamacare" is making and breaking political careers today, "Carforce" would make and (mostly) break careers as well. Healthcare can at least have moral lip service given to it, forcing people to buy cars cannot. Yet few see the correlation between forcing someone up front to buy a car and forcing them through a backdoor by foisting the cost (or tax) onto the car's maker, who must then pass it on to the consumer anyway.

All while doing nothing but hastening the inevitable. Very, very few analysts are going to promote the idea that oil prices are going to drop over time. They might rise and fall in short bursts, but on the main, they are going up. This is a product of the cost of extraction, the cost of refinement, inflation (dropping value of the US Dollar), and other factors that add into the overall cost of petroleum - including foreign competition for it. Rising petroleum costs mean rising fuel costs which mean more consumer demand for more fuel efficient vehicles as well as for fuels that are cheaper than petroleum-based ones (e.g. biofuels, electricity, natural gas, etc).

Conclusions
So what we've seen in this series of CAFE analysis is that forcing fuel economy standards in the 1970s as a reaction to misguided foreign policies for two decades (or more) before that had the immediate effect of raising the average fuel economy of vehicles sold in America, but at the cost of higher highway traffic fatalities and without meeting the stated goal of CAFE, which was to lower our dependence on foreign oil imports. Then we see that when CAFE became a non-issue in the 1980s and 1990s, fuel economy actually continued to rise, though much more slowly, while vehicle weight and power caught up to the compromises made to make compliance.

We also saw the rise of the CAFE-avoidance machines: sport utility vehicles and other cars dubiously billed as "trucks" (such as the Plymouth PT Cruiser, classified as a "truck" by the EPA). Yes, the much-maligned SUV was born thanks to government regulation and would never have had the market proliferation it did had CAFE requirements not forced automakers to abandon other family-friendly cars like vans and large station wagons.

Finally, CAFE can now be seen for what it is: a roundabout tax that costs consumers (rich or poor) a lot of money – to the tune of several car payments added to the vehicle, even by CAFE's proponent's best scenarios. All while doing little to improve things on America's roads.

So we have to ask the big question: Why do we need CAFE?