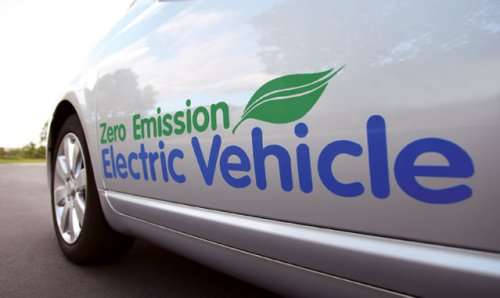 Most electrics are just Compliance Cars

Most electric vehicles that are releasing in the next couple of years are not really meant for a wide audience, but instead exist only to make California regulators happy.
Advertisement

A host of electric cars are slated to release soon. These cars are the subject of regular headlines on automotive websites and in the press and are often the focus of manufacturer-organized events and presentations, but most are not really meant for mass production. Most exist only to make California regulators happy so the manufacturer in question can continue to sell cars in that state.

Before you begin sending me hate mail about being an EV hater or a Big Oil crony, realize that regulations play a very big part (for good or ill) in how carmakers run their production and public relations.

Before we get to naming names on which of the current and upcoming EVs are just compliance cars, let's define what that is and why it's come to being.

California ZEV
Last month, I explained what a PZEV is and mentioned California's Zero Emissions Vehicle law. The California Air Resources Board, an organization with a seemingly limitless budget, has mandated that auto makers larger than a certain size be required to sell a specific portion of their volume as zero-emission vehicles. Currently, the only sure way to do that is to make a battery electric or fuel cell electric vehicle. For now, the cheapest of those two options are batteries, but they have significant market disadvantages and a relatively low acceptance rate amongst the populace. The CARB rules do not allow plug-in hybrids or range-extended electrics to qualify as ZEVs.

So starting this year, certain automakers are required to produce a small number of electric vehicles in order to comply with the ZEV rule and thus stay on CARB's good side so they can continue selling cars in California and the other states that accept California's mandates - namely the East and West coasts.

This first round of CARB ZEV requirements applies to those car makers with the highest number of auto sales in the state. When you see the list, you'll likely put two and two together and realize why these same companies are the ones suddenly putting out an EV in the next year or two:

Those are in the order of their sales volume in California.

Judging a Compliance Car versus a Serious Electric
Just because the automaker is on that list doesn't mean they're necessarily putting out an EV just to comply with CARB. Only two of the companies on that list have an electric on the market right now: Ford and Nissan. The Leaf has been out for some time while the Focus Electric just released last month. Only one of those is a compliance car by the following definition:

* Is leased, not sold (or has no sale price given)
* Will have a production of less than 5,000 units per anum
* Isn't offered outside of the CARB states and has no stated plans to be
* Is just being offered to fleets
* Is based on a current gasoline/diesel model

Not all of these need to be present, but if at least three of them are, the car is likely just a Compliance Car. So let's look at the electrics being offered now or coming to market in the next year or so and consider them under those five points.

Toyota Rav4 EV - is a Compliance Car. It launches this month and is basically a RAV4 compact SUV converted to electric by Tesla Motors. It will initially only be available in California (big tipoff) and while it does have a price tag, it will mostly be offered for lease. Production numbers are expected to be only 2,600 units over three years. As with the original RAV4 EV (first generation), this one is expected to be mainly a fleet seller.

Honda Fit EV - is a Compliance Car. In fact, this one almost creates the definition for one. Honda will only lease the vehicle, will only build 1,100 of them through 2014, will sell it in only 8 markets altogether (California, Oregon, and six East Coast states), and Honda has made it pretty clear that when they release their fuel cell vehicles to production in 2015, those will be their preferred ZEVs.

Chevrolet Spark EV - is a Compliance Car. It has been field tested in California, will go on sale soon, but has not had any material information given regarding range, price, etc. All we know is that the car will be electric, will be made mostly in the USA (batteries from A123 Systems, most of the car in Michigan, electric motor from Maryland), and that it will be available within the year. It meets three and perhaps four of our criteria to be a compliance mobile.

Ford Focus Electric - is a Compliance Car. Although it's very nice and fun to drive, Ford has offered no plans for release of the car outside of the compliance zone, has not given solid production numbers (or plans), and the car is obviously based on the gasoline Focus model. This car has potential to not be a CARB-only vehicle, but so far has not gone beyond Compliance.

Nissan Leaf - is not a Compliance Car. This car has been on sale for some time, is available almost nation wide, has a definite sale price, is available to consumers as well as fleets, and is being produced in numbers well over 5,000 units a year. It's also the only one on our list that is 100% made from scratch as an EV.

Fiat 500 Elettrica - is Chrysler's Compliance car. So far, almost nothing has been said about this car except that it will be a converted Fiat 500, it will be battery electric, and will begin production in late 2012. With it being that close to production and near-zero information being given, it can be nothing but built for CARB.

Welcome to the world of government intervention. Is it a good thing in this case? You be the judge, but I'd be willing to bet that if you're not clouded into believing that any EV is a good EV, you'll realize that this is just PR hype that does little to promote the idea of electrics as an option, but instead just gives more fodder to those who believe they're just a "green dream."

Tesla-Funded Research Reveals One of The Biggest Mysteries of EV Battery
Tesla Tesla Buyer Nets a Whopping $12,000 Discount After Asking for Reduction
END_OF_DOCUMENT_TOKEN_TO_BE_REPLACED