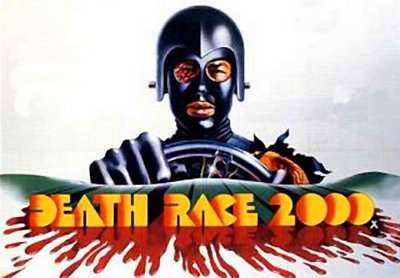 This second part of a 3-part series on the Corporate Average Fuel Economy standard and how it affects American automotive, for good or ill, examines whether the regulations themselves are working as advertised. In government, failure is always an option.
Advertisement

In our last segment, we looked at the history of CAFE and how it was born from unintended consequences and governmental meddling in foreign affairs and markets. The stated purpose of CAFE (and the EPA from which it sprung) in the Energy Policy and Conservation Act of 1975 was to reduce our nation's dependence on foreign oil.

By any accounting on that standard alone, CAFE has failed miserably. Neither the Environmental Protection Agency nor the CAFE requirements have reduced our import of foreign petroleum. Our importation has increased thousands of times over what it was in the late 1960's and early 70's before OPEC and the oil crisis.

Today, we think of CAFE as the standard that requires automakers to produce more fuel efficient vehicles. By that measure, these regulations are a hit-and-miss success. Most measures, usually based on numbers given by the EPA (whose interest would very obviously be in showing itself to be useful), show that economy has improved greatly thanks to regulators forcing higher miles per gallon requirements on automakers.

CAFE Is Largely a Failure
The truth regarding how successful CAFE has been in reducing fuel economy is much less black and white than the EPA may wish you to believe. In New-vehicle characteristics and the cost of the Corporate Average Fuel Economy standard published by the RAND Journal of Economics (V.43, No.1, Spring 2012), Klier and Linn chart fuel economy gains vs. various market factors including CAFE from 1975 to 2008.

In a chart whose numbers are sourced from the EPA, fuel economy and CAFE regulation targets are almost entirely parallel, line for line (Section 4, Figure 1) up until the first set of standards are met (about 1985). At that point, the CAFE requirements actually lowered, but average fuel economy kept rising. When CAFE rose again to meet MPG numbers, CAFE flatlined at the ~27mpg that was the standard through the 1990s and early 2000s, yet fuel economy continued to rise, though more slowly than on its rapid jump in the 1970s and early 80s.

When EPA numbers are ignored (sourcing instead from Ward's Automotive) and other vehicle factors such as weight and power are considered (Section 4, Figure 2), we see that upon introduction of the MPG requirement in 1975, vehicle weight averages drop significantly and power dips noticeably while fuel economy begins its rocketship climb. Then, when technology caught up to the MPG requirement during the 1980s, weight began rising again, as did power. What's missing from this chart, but referenced elsewhere is that late-70s and early-80s weight reduction meant a sharp increase in traffic fatalities.

What Klier-Linn noted and what others have also pointed out is that the initial reaction to meeting CAFE standards was to downsize the vehicle in order to boost its economy, but doing so had unintended consequences. Namely higher traffic fatalities. This wasn't the only side effect, however.

Other Unintended Consequences
A report produced in 2002 by the National Academy of Sciences in response to a Congressional request in 2001, The Effectiveness and Impact of Corporate Average Fuel Economy (CAFE) Standards (2002), had several findings and recommendations, most of which were then ignored by Congress when CAFE was raised yet again in 2007.

The report found that CAFE's initial purpose of raising fuel economy in the automotive market as a whole was largely successful, but found several negatives to go along with that success. In addition to the increased traffic fatalities already mentioned, which the NAS felt were the primary negative of CAFE, the report also found that model distinctions blurred as a reaction to CAFE, there was no evidence of job creation due to the standards, and that disturbing market trends such as the proliferation of Flex Fuel (aka dual fuel) vehicles actually negatively impact fuel economy.

The committee also found that, as in the RAND report, manufacturers focused on economy and, once they met standards, then played catch up with other technologies including safety features and performance additions. Tellingly, the report also found that regulations negatively impact technology adoption and are a part of the reason many of the more fuel efficient vehicles being produced by automakers for the European market are not being introduced in the U.S.

Finally, their tenth finding explicitly shows that CAFE standards are overall a cost-losing proposition if the stated goal is to increase fuel economy in the nation's fleet. The force of requirements has costs not easily foreseen when the force is applied and other, more incentive-driven policies would be much more cost-effective and less damaging to the economy and market as a whole.

Two Reports, One Conclusion
So we see from two separate reports, one a free market analysis and another a government-backed one, that CAFE is largely considered a failure on all but one count: lowering fuel economy in the 1970s. To balance those increased MPG, however, increased traffic fatalities of several thousand per annum are offset.

In our next installment, we'll discuss the current regulation (passed in 2007 and recently modified by President Obama) and how it will likely affect the automotive market.

Don Bain wrote on July 13, 2012 - 11:41pm Permalink
Now fuel economy is improving, but I remember a story about how the weight gains of the 70s were eaten up by the new safety technology of the 80's and 90's along with stability and traction systems, improved braking, airbags systems and so on. Now innovation is rampant and progress is ubiquitous. Isn't this a function of the Obama increases in the CAFE requirements? And if the EPA was entirely about oil, were all the Superfund sites just smoke and mirrors?
Aaron Turpen wrote on July 14, 2012 - 12:23am Permalink
If you read the above, you'll see the answer to these questions. The innovation happening now is largely a product of delays for the past three decades as automakers pushed to get higher economy to meet regs and ignored other tech until the efficiency goals were first met. The chart I referenced showed the weight loss of cars was very significant and the gains have only been about 2/3 of the losses, meaning we still have a net weight loss in the average vehicle. The 2007 addition to CAFE and Obama's modifications (covered in the not-yet-published 3rd part of this series) actually does little to change what was already on its way other than to speed it to market by forcing faster development. That might sound great, until you realize that it adds (by Obama's own estimates) $1,300 to the cost of the average car and will likely have unforeseen safety and performance implications. Given that the MPG improvements were going to happen anyway, the raise in regs appears to be more about politics than anything else. The EPA was ORIGINALLY all about getting us off foreign oil. Like all bureaucracies, the scope of its mandate changed as it grew.
Suthy wrote on July 15, 2012 - 9:57pm Permalink
CAFE is just more government control over another part of the market so they cn pretend they are doing something to help us when all they are doing is creating more control for themselves.