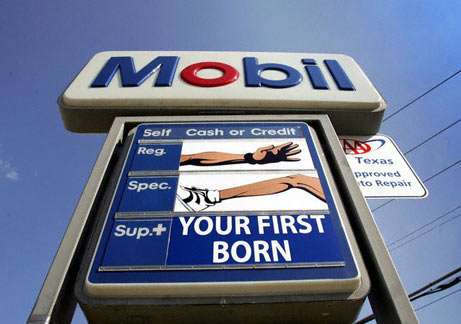 CAFE and You, Part 1 - the history of CAFE

This is the first of a multi-part series on the Corporate Average Fuel Economy standard and how it affects American automotive, for good or ill. This part looks at the storied history of CAFE, which was born as a tribute to unintended consequences and continued meddling.
Advertisement

The Corporate Average Fuel Economy (CAFE) standard is a law which requires automakers to produce vehicles that meet a specific standard of fuel economy for a given year. Put simply, if the CAFE requirement is 30mpg, then the fleet sales for an automaker must have a total average miles per gallon of 30 or face fines. On its surface, that is what CAFE does, but digging a little deeper, we see that it does a lot more than just that.

CAFE is responsible for the creation of the SUV and its eventual dominant market position and for the creation of today's crossover, which is now beginning to dominate the marketplace. It's also, inadvertently, the reason that pickup truck sales are high. In this short series of articles, we'll find out why one law of economics, "You cannot change just one thing," holds true and that every action has reactions, many of which will be unintended.

How CAFE Began
The history of CAFE begins in the 1950s as oil begins to become of dominant concern, post World War II. The Cold War fomented many battles where neither antagonist fired a shot, but in which gallons of blood were spilled in the Middle East as East and West fought for control of the oil fields. Eventually, this gave rise to the Organization of Petroleum Exporting Countries (OPEC), as nations split by many ideologies, banded together in an effort to shake off their oil-obsessed masters.

All of the non-U.S. media reportage of the formative years of OPEC show that its member states all had one thing in common: hatred for President Eisenhower's instituted price fixes and controls on imported oil to the U.S. A policy which subsequent administrations continued.

These policies were begun in the U.S. in an effort to stem what one member of Congress called "out of control oil monopolies" (ignoring the obvious faux pas in his statement). So price caps were put on oil and, subsequently, gasoline and other petro-based fuels. Called the Mandatory Oil Import Quota Program (MOIP), at first, this had little affect as the price caps were well above the cost of oil. When OPEC stopped exporting to the U.S. in order to protest our meddling in their countries (and the price fixing monopoly created by MOIP), though, imports almost completely ceased and the price of oil jumped almost overnight. Although oil went from $3/barrel to over $11 in just a few months, then President Nixon refused to suspend price fixing, so oil refineries stopped producing gasoline and other fuels in order to keep from going bankrupt. This, obviously, made fuel a huge commodity and faced with high demand and low supply, fuel reserves quickly ran dry.

Giving Birth to CAFE
Instead of removing the price controls that were strangling the nation, Nixon's administration publicly blamed OPEC for the crisis and instituted various allocation schemes for what little fuel there was to be had. Part of that was to create the Environmental Protection Agency (EPA), a department whose primary purpose was to end our dependence on foreign oil.

Soon after, during the Ford administration, officials began debating the fuel efficiency of vehicles on the market and instituted the Corporate Average Fuel Economy (CAFE) standard to force automakers to make more fuel efficient vehicles. The standards began in 1975 and had predictable results: faced with nearly impossible efficiency goals, automakers instead quickly cut performance and weight to boost MPG quickly and without requiring major overhauls of model designs. This resulted in what we now call the "CAFE Dogs" of the mid-1970s as previously sellable cars became choked down, under-performing monstrosities that were as unsafe as they were uninteresting.

The unintended consequence, of course, was to begin importing smaller vehicles the companies were previously making only in Europe, whose fuel prices were much higher and thus demand for smaller cars was greater. These models were not Made in the USA, but were instead made in European plants, despite their domestic nameplates, and placed into dealerships with Americanized model names. Auto unions, of course, noted this and its effects - namely a reduction in American auto manufacturing jobs - and protested. Separate standards for imports versus American Made were then instituted.

Eventually, MOIP Broke, but CAFE Didn't
The Oil War went on, but the outcome was obvious. The American economy needed oil and we could not produce enough for ourselves. So MOIP was rescinded and the free importation of foreign oil began. Gasoline prices immediately fell and fuel became an easy-to-get commodity again.

Although the "need" for getting us off of foreign oil was still there, the direct approach had not worked. Coupled with the fact that bureaucracies, once created, do not go away but only continue to grow (another maxim of economics), it was plain that CAFE would stay.

Today, rather than a means to lowering foreign oil imports into the U.S., CAFE instead has become a favorite political push button for every cause from environmentalism to nationalistic conservatism. Even Big Oil and the auto industry, both of whom would seem diametrically opposed to heavy market regulation in fuels, have embraced CAFE as a means towards their own ends.

In our next segment, we'll look at how CAFE has affected the auto market historically and then how new mandates will likely affect the market through the foreseeable future.