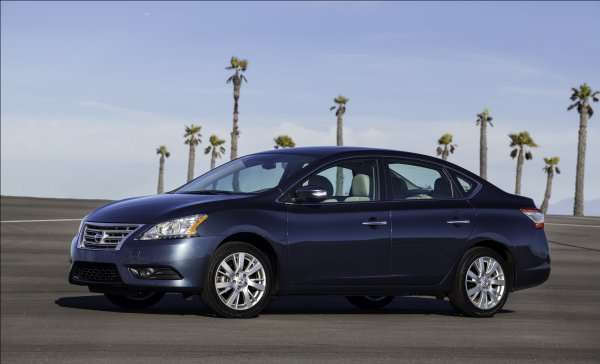 The J.D. Power Initial Quality Study is out and guess who's got the top spot in compact cars? Better still, the study is the result of consumer surveys. Find out why this matters to you.
Advertisement

J.D. Powers' study is the industry benchmark for new car quality expectations and the 2015 Sentra's grab on the top Compact Car slot is a big deal. This adds to the car's Top Safety Pick status from the Insurance Institute for Highway Safety.

Now in its 29th year, the Initial Quality Study is based on responses from more than 84,000 purchasers and lessees of new 2015 model-year vehicles surveyed after 90 days of ownership. Initial quality is determined by the number of problems experienced per 100 vehicles (PP100), with a lower score reflecting higher quality. The study was fielded between February and May 2015.

"In the very competitive segment of compact sedans, Sentra continues to separate itself with a strong combination of quality, safety, value, style and more," said Fred Diaz, senior vice president, Nissan Sales & Marketing and Operations. "Driven by owner feedback, the J.D. Power Initial Quality Study serves as an important benchmark for new vehicle quality, further demonstrating the worth of Sentra and Quest as top contenders in their respective segments."

The gist is, new car buyers who purchased or leased a car this year were surveyed after three months of ownership, which JDP says about the time the "new factor" begins to wane and consumers begin seeing their car for what it is. Not everyone is happy at that point and any "new car kinks" that might be present (those little things that might go wrong) have probably manifested by the time those 90 days are up. Both of these things factor in to the survey results and it's for this reason that the industry considers this J.D. Power survey to be important.

The 2015 Nissan Sentra came out on top. A very good thing for the car and its buyers. It also means that those who are shopping in the compact car segment might think twice about the top-selling Toyota Corolla.