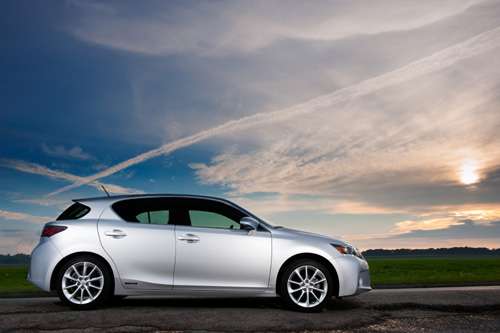 Toyota is pinning its hopes on increased production for the first time after the March tsunami and earthquake in Japan to somehow spark increased interest in its product. Apparently Toyota could have sold thousands of more vehicles in the last six months and had to turn customers away – or so it would have you believe when it announced its September 2011 sales figures.

About the only bright light for Toyota sales in September came from its Lexus hybrid vehicles. TMS posted September sales of 12,123 hybrid vehicles, a decrease of 18.5 percent compared to the same period last year. Toyota Division posted sales of 9,772 hybrids, while Lexus Division reported sales of 2,351 hybrids for the month, an increase of 27.1 percent over September 2010. The Lexus numbers, though, include the all-new CT 200h premium hybrid compact that posted 1,444 units in its seventh month of sales.

Through the third quarter, Toyota USA reported sales of 1,194,524 vehicles, a decrease of 9.3 percent compared to the same period in 2010 on a DSR and unadjusted raw volume basis.

Those September 2011 sales numbers for Toyota are worse than analysts expected. Last week, TrueCar.com predicted that Toyota would sell 130,057 vehicles in September. That prediction was off by 6 percent.

"In September, production in both North America and Japan returned to normal levels for the first time since the March 11 earthquake and tsunami. Our plants are now working overtime and dealer deliveries will continue to increase through the remainder of 2011. With the 2012 Camry launch off to a great start, the timing couldn't be better," said Bob Carter, Toyota Division group vice president and general manager, Toyota Motor Sales, USA, Inc. "It’s a tribute to the efficiency of our distribution system and our dealers that we were able to sell more than 121,000 vehicles in September despite 40 percent less availability than last year. That said, the worst is behind us and we expect to exceed year-ago sales levels beginning in October with continued growth throughout the fourth quarter."

Yet one thing that can't be explained is why Toyota lots aren't empty. It would seem if there were no vehicles because of supply problems, Toyota would not have spent 16.5 percent more, on average, on incentives than it did in September 2010. Companies without products to sell and strong customer demand don't increase their incentives. The earthquake and tsunami may have hurt supply but it did little to increase demand.

Also, Toyota did not post specific vehicle numbers for either September or August 2011 on its media website. It's not possible to track how well the new Camry did since its August introduction. Toyota is in trouble if the Camry does not sell well.

Scion posted September sales of 3,838 units, up 7.7 percent over September 2010. The tC sports coupe led the way with sales of 1,752 units, an increase of 78.6 percent year-over-year. The xB urban utility vehicle recorded sales of 1,415 units, and the xD reported sales of 671 units for the month.

Jeff wrote on October 5, 2011 - 6:11pm Permalink
Thank YOU Keith! I, too, am an automotive journalist and have my own publication and do a regular radio show locally on the auto industry. For months now I have been asking that IF all of Toyota's drop in sales is strictly due to the earthquake/tsunami, then WHY are so many Toyota dealers stocked with vehicles and the corporation offering so many discounts? Glad to see I am no longer a lone voice in the wilderness. About 70-75 pct of Toyota's products actually sold in the USA are built here (or in Canada) so even supply disruptions do not completely explain Toyota's drop in sales. Something is taking place here. It looks like Toyota's old nemesis Nissan may be the main beneficiary of Toyota's woes, along with Hyundai. I am convinced that Toyota's massive recall problems has damaged its image dramatically more than the corporation wants to admit. "The Toyotas are coming' say the ads, but are the customers?