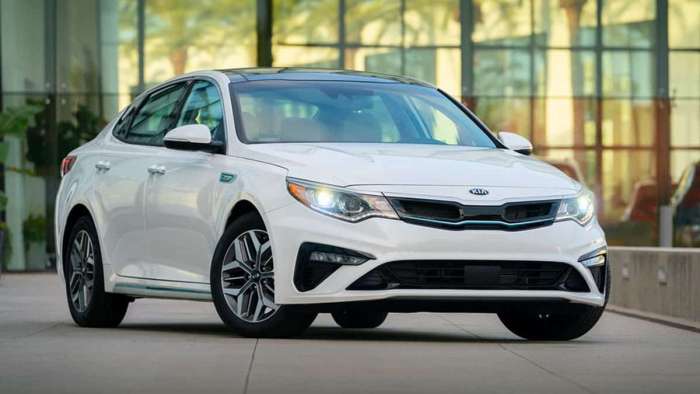 Considering buying or leasing a new Kia hybrid or EV? Be cautious because they show above-average depreciation rates, which could affect monthly lease payments, your insurance needs, and what you can sell the car for when the time comes.
Advertisement

Why is that important? Above-average depreciation can mean higher monthly lease payments because the manufacturer sets rates based on what the vehicle is worth when it comes off lease.

So, which Kia vehicle does the worst? That dubious accolade goes to the Kia Optima Hybrid. It’s five-year depreciation rate is a whopping 61.9%. The average is 55.8%. The Hyundai Sonata Hybrid sees a depreciation rate of 60.4%. So it doesn’t make sense to consider that Korean counterpart.

Worst EV Depreciation
Want to avoid a really bad electric vehicle when it comes to depreciation? Steer clear of the Nissan Leaf. It shows an average of depreciation of 70.1% over five years, second only to the BMW i3. Its depreciation is 70.9%. It’s also on life support.

The research was done by iSeeCars.com. According to the report, “Because these vehicles generally aren’t sold at volumes as high as traditional fuel vehicles, iSeeCars lowered its sample size threshold in order to analyze and compare them.” That explains why you may not see more detailed depreciation numbers for the Kia Niro EV or the Optima PHEV. 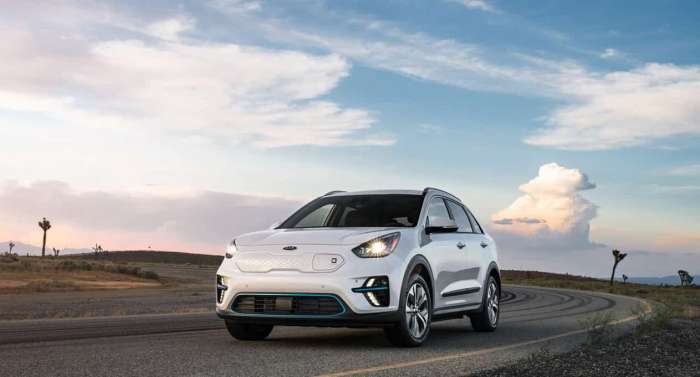 Karl Brauer, iSeeCars.com Executive Analyst, told Torque News, "There are a few reasons why hybrid vehicles and electric vehicles tend to depreciate more than the average vehicle. The first, in the case of EVs, is that the resale value takes into the state federal incentives that were in place when these vehicles were sold new. Also, EV technology changes very rapidly. For example, the Nissan LEAF doubled its range in 2020 compared to its 2015.

“Hybrids depreciate more than average due to their higher starting price. On average, a Kia Optima Hybrid costs $4,000 more than its traditional gasoline variant. Also, many of the hybrids on this list are sedans, which are also declining in popularity.”

Above-average depreciation also becomes a concern when you are trying to sell your used vehicle. Keep your cars for a long time? It’s not such a major issue. Want to sell your EV or hybrid before the battery guarantee runs out? Then you might have trouble getting what you need for a price.

Above-average depreciation also affects how much insurance you need. If your car or SUV is totaled in a collision three years into a loan, for example, you might not get enough money to cover your vehicle’s worth compared to your outstanding loan balance. That’s called being underwater on your loan and it happens more often depending on the length of your financing. (That’s a big reason why six- and seven-year loans can be a bad idea.)

Other Kia Models Depreciation
Not surprisingly, the rest of the news isn’t great for Kia when it comes to depreciation. The Kia Sedona and the Kia Cadenza both depreciate higher than the Optima Hybrid with equal rates of 62.5%. The Kia Sorento is rated at 58.7%.

Only the Kia Sportage shows a glimmer of hope with a rate of 52% That’s only slightly above the average rate of 50.8% for SUVs and places it 10th overall.

"Kia is still recovering from its early years in the U.S. and poor first impression those models made on buyers. But Kia continues to make gains in this area through appealing design and scoring well on quality studies. The brand has also transitioned its sales volume from sedan-oriented to SUV-oriented in recent years, and SUVs retain their value better," said Brauer.

Keith Griffin covers Hyundai and Kia at Torque News. He has been writing continuously about cars since 2002. Keith used to be a researcher/writer for US News & World Report, as well as numerous car sites, including Carfax and Car Gurus, and a contributor to The Boston Globe. He was founder of The Internet Car and Truck of the Year, where "Internet Pros and Average Joes" picked the car and truck of the year. Most recently, Keith was the managing editor for American Business Media. Follow Keith at @indepthauto on Twitter.

Mark wrote on November 4, 2020 - 3:28pm Permalink
EVs depreciate at rates similar to PCs. ICE machines still get 400miles of range at ten years old. EVs may increase their range with every iteration so would be buyers are waiting for the next model.