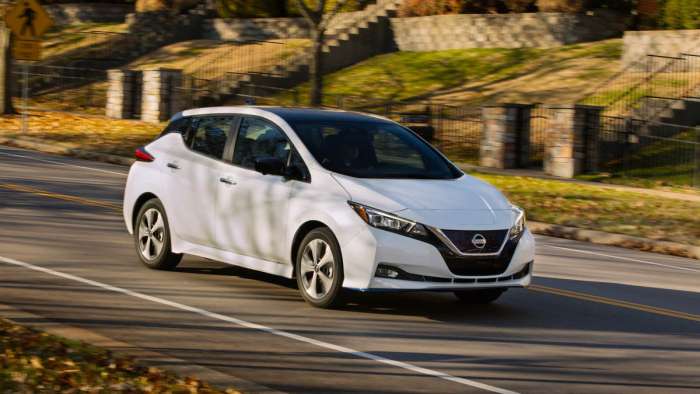 EV Granddaddy Nissan Leaf takes on Tesla, and has some advantages

The Nissan Leaf Plus has more range than a hypothetical base Tesla Model 3, and better reliability.
Advertisement

Having launched at the end of 2010, the Nissan Leaf is the granddaddy of electric cars these days. Even so, new features, and a new battery last year, brought its specs up to par with the latest in electric cars from Tesla and others.

The new battery gives the Leaf a range of up to 225 miles between charges, a few more than the hypothetical base model of the Tesla Model 3, and a few short of the more popular Model 3 Standard Range+ at 240 miles. (The base Model 3 Standard range was supposed to be rated at 220 miles, and Tesla says buyers can still special order it, though it's unclear whether the company has actually built any.)

Buyers considering an electric car would do well to test drive the Leaf. It’s an under-rated machine. It’s not as fast or as high-tech as a Tesla. It’s not as cute as a Kia Soul EV nor as roomy as a Niro. But it may be the goldilocks of electric cars. 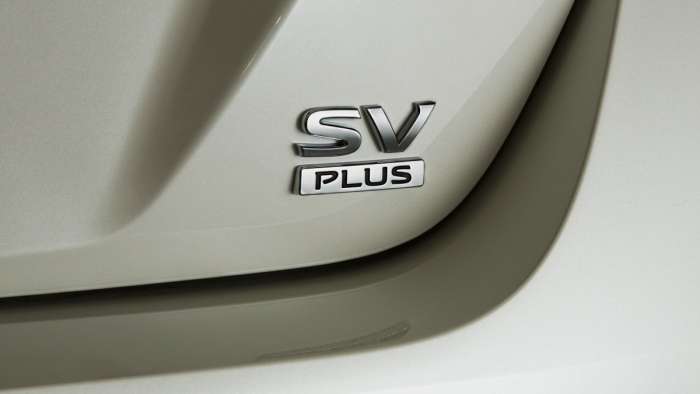 The Leaf Plus has a relatively long range. It rides nicely and has responsive if not sporty handling. Five can sit reasonably comfortably inside, even if the cargo space is awkwardly shaped. And the touch-screen infotainment system incorporates everything electric-car drivers need, including maps and range estimates to chargers and radii that the car can travel on the current charge, both one-way and round-trip. 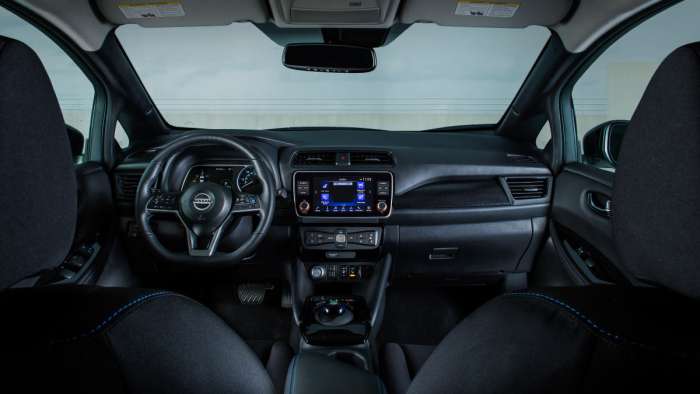 Best of all, the 2020 Nissan Leaf is relatively affordable at $39,125 for the base Leaf Plus S. If you can live with the 150-mile range in the standard Leaf S with its smaller battery pack—and statistics show that most people can—you can get out the door for $32,595. Either way, you can get $7,500 back on your federal tax return (and most from many states and cities). And Nissan is offering special deals on the Leaf of $1,000 cash back on top of 0 percent interest for 36 months on the Leaf, making it an even more compelling deal.

Eric Evarts has been bringing topical insight to readers on energy, the environment, technology, transportation, business, and consumer affairs for 25 years. He has spent most of that time in bustling newsrooms at The Christian Science Monitor and Consumer Reports, but his articles have appeared widely at outlets such as the journal Nature Outlook, Cars.com, US News & World Report, AAA, and TheWirecutter.com and Alternet. He can tell readers how to get the best deal and avoid buying a lemon, whether it’s a used car or a bad mortgage. Along the way, he has driven more than 1,500 new cars of all types, but the most interesting ones are those that promise to reduce national dependence on oil, and those that improve the environment. At least compared to some old jalopy they might replace. Please, follow Evarts on Twitter, Facebook and LinkedIn.

Timothy Parker wrote on February 28, 2020 - 7:40pm Permalink
I always find it odd in these kinds are articles that the other EVs mentioned are Kia, Hyundai and Tesla, but seldom a mention of the Chevy Bolt. Seems to be selective amnesia. There is also not usually a mention of the i3, but that's in a different price range.
Eric Evarts wrote on February 29, 2020 - 1:08pm Permalink
That's a fair comment. When comparing the Bolt, it always seems to come down to its lack of any available automated driver assistance features, especially lane keeping assistance, which Nissan offers with its ProPilot Assist feature. The other models are also just newer to the market, and the price comparisons work out more favorably for them, because they still earn their buyers a full, $7,500 tax credit (like the Leaf), which the Bolt no longer does.
DeanMcManis wrote on March 1, 2020 - 2:42am Permalink
The New Leaf is a solid improvement over previous models, but I still think about it's air cooled battery, longevity, and resale issues that hurt it's comparative appeal. I would definitely pay more to get a Tesla, and I'd even prefer a Bolt. The lane assistance features are nice, but are not really a deciding factor for me.
Eric Evarts wrote on March 2, 2020 - 4:24pm Permalink
The air cooled battery could still be an issue in extremely hot climates, and is clearly not as advanced as liquid-cooled batteries. As for resale, early Leafs have been poor, but that was mainly because of their short range, and because of the unintended (and often unrecognized) passthrough effect of the federal tax credit relative to new cars. Teslas are definitely better, but that's mostly because of their longer range. Longer-range Leafs are likely not to be nearly as bad, though they haven't been out long enough for the data to be very solid yet. .
DeanMcManis wrote on March 4, 2020 - 12:36am Permalink
Nissan made across the board improvements to their new Leaf, from nicer styling, to more range, to added amenities and new technologies which have kept the Leaf competitive, but not set it apart. All older EVs have been affected by the tax rebates looking like poorer resale value, but they have also resulted in having a flood of truly affordable used EVs to buy, expanding the appeal of EVs to many people who couldn't afford them before. I wish that Nissan built a high performance EV, based on the GT-R or Infiniti Q60 or Z with AWD and tweaked EV components to provide an electric flagship model to inspire a new generation. The Nissan Ariya concept is a logical SUV/CUV EV model that builds off of the Leaf's strong EV legacy, and it would be very competitive if it were released today. But we don't know when (or if) it will ever be built.
Eric Evarts wrote on March 4, 2020 - 3:01pm Permalink
It's supposed to come late next year.