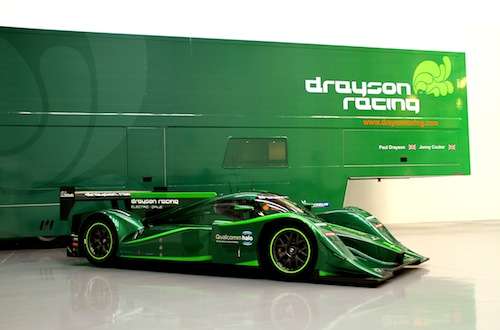 2012 Electric and Plug-In Hybrid That Will Change Tomorrow

2012 has come and gone but has left us with a more mature landscape with electric vehicles. See what happened this year that will shape 2013.
Advertisement

In the land of high-performance exotic vehicles, a few concepts and prototypes stunned this year. While the news is all about what has already hit the street and Tesla even made it to this year’s Motor Trend vehicle with its Model S... gasp, shock, an electric car, can you say we’re here now? In the meantime, here are some experimental vehicles that will influence the alternative energy vehicles we drive tomorrow.

Peugeot Hybrid Onyx. Yes, we don’t have Peugeot here but the French car manufacturer shows us a hybrid drivetrain can be put to good use putting out a healthy 600-hp via its V8 in this hybrid scenario. Who says hybrids are for wusses?

Lexus LF-LC. Yes, I’ve written about it. See our: Where Is Lexus Going With Its LF-LC and asked the rightful question about what is Lexus doing with this one? Or even the LF-A for that matter of fact? Nonetheless, the LF-LC is again a way to show performance can be had with the help of a more efficient electric motor until battery technology because energy dense enough to carry us 500 miles and more.

Morgan Plus E. What’s not to like about the Morgan Plus E? Old English charm, old shapes meets new technology? Performance with an electric motor and a body shape that has defied time? Come on Morgan, what are you waiting for? See our article: Morgan Offers A Potential Electric Drive Along Its V8 Version. This is a pure car, with an old fashion five-speed manual transmission the company showed at the Geneva Motor Show to see the public’s reaction. So, what are you waiting for? Tell Morgan to go ahead with it.

Mercedes-Benz SLS AMG Electric Drive. Mercedes is an amazing company that doesn’t have to play catch up, well at least not completely in the electric drivetrain world. Mercedes does what it wants when it wants and since it has no real pure electric cars to offer us yet, it did want to thumb its nose at any competition and show that when Mercedes gets serious about, the competition bows down. Hence the superlative Mercedes-Benz SLS AMG Electric Drive that only takes a slight bow down compared to its gasoline version. See our: The Fastest Most Powerful AMG Electric Drive.

But those are all hybrids, this is what happens when you use the electric drive as your main propulsion system.

Infiniti Emerg-E. You might like or not Infiniti’s design but the Emerg-E shouldn’t leave you feeling blah. 402HP with an on-board gasoline engine in conjunction with Lotus makes this Emerg-E makes this one very potential product Nissan has and will have to use in the near future. See our: Infiniti Emerg-E Takes Home Prestigious Design Award.

Rinspeed Dock+Go. How can you not like the add-on that changes the original concept of the small Smart car, the Rinspeed Dock+Go. Want more space from your Smart EV for that once in a while trip when you need cargo? Slap on the extra module. Want more range? Rinspeed feels you should be able to with the other extended battery add-on. Is that intelligent or what? See: Rinspeed Dock+Go Tackles Range Anxiety With Bolt On Smart EV Extension.

BMW i8 & i3. We couldn’t this year’s EV, hybrid and PHEV highlights without talking about one of the most disruptive and by now iconic PHEV and EV from BMW, the stunning i8 & i3. NOt only is this a radical departure from the well crafted and engineered BMW gasoline cars but it’s also a glimpse of the company about to be reborn in the next few years. See my interview with Benoit Jacob here: Interview with BMW's Head Designer On This Century's Vision.

There are plenty more cars, concepts and prototypes peeping their heads out of the curtain ushering a new era and timidly introducing what carmakers will be their signature pieces for tomorrow’s electric world. Any others you would add?