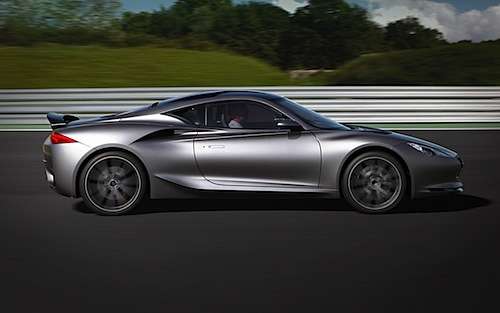 Winning awards before vehicles are produced is becoming a normal event these days and the Infiniti Emerg-E racking in the Concepts category of the Automotive Brand Contest 2012 from the German Design Council is certainly good news.
Advertisement

She’s A Looker That One. It’s true, the Infiniti Emerg-e is a stunning and beautiful car. Its design flows, yet shows subtle aggressive lines without overpowering it. It isn’t easy matching aerodynamics with elegance and looks, something Italian coach makers have shown us regularly over 100 years but the Emerg-E has done that nicely. The Infiniti Emerg-E has won a prestigious which should set the strategy of the company clearly.

Technically Speaking. What hasn’t been said already about the Emerg-E? Basically, this is Infiniti’s first plug-in hybrid, a mid-engine sports car concept whose production should be close to the stunning working prototype. But if we’ve learned anything it’s that production models invariably differ from their prototype stage. One look at the original GM Volt and the final version is proof. Both look like two different cars. However, I feel we should not expect the same with Infiniti.

There is a lot riding on the shoulders of Infiniti. Infiniti has so far enjoyed the relationship from its parent company Nissan that gives it pretty much carte blanche when working from its platforms. This is Infiniti’s chance to create a flagship vehicle pitting it squarely in the high performance and luxury arena, competing with archrival BMW. Even though a fully functioning prototype it made its global debut at the Goodwood Festival of Speed and was stuck on the track, it nonetheless made quite an impression on the crowd.

The Emerg-E plug-in hybrid, PHEV platform will be the centerpiece of what the company calls its glimpse into the future. It seems Infiniti is serious about using some sort of electric drivetrain to power its high-end performance car and future version should sport some sort of derivative. How much of it was taken from the Nissan LEAF is not very clear but certainly the experience Nissan got from commercializing the first mainstream, mass produced electric car could have only helped.

It’s good to see innovative prototypes recognized early in the game. Yes, the final version might not look like it, but Infiniti will not make the same mistake other carmakers have made, to radically change the look and feel of what they showed the world. I know I can’t wait for a test drive of this high performance plug-in hybrid, the Infiniti Emerg-E.