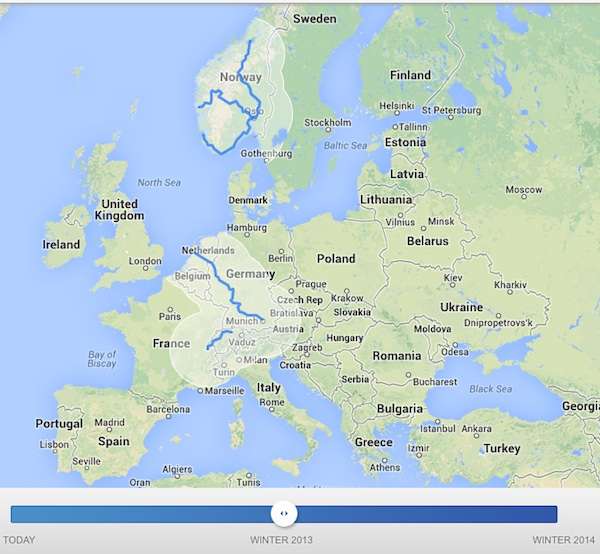 By rapidly building out the Supercharger network, service centers, and increasing the Model S top speed for the Autobahn, Tesla Motors hopes to wow Germans that are known for appreciating automotive engineering prowess.
Advertisement

Tesla Motors is expanding its sales network into Europe, and one of the targets is Germany. Describing Germans as appreciating automotive engineering, Tesla CEO Elon Musk said on a trip to that country, “Tesla is going to make a significant investment in Germany,” and that having "the Model S be well received as it enters the German market is a key step for Tesla.”

That's well and good, and by all accounts the Model S is being well received in Europe. It's already the best-selling electric car in several countries. To follow through on that goal, Tesla Motors is making the following investments in Germany:

Superchargers: The company is accelerating the deployment of Superchargers in Germany. The initial target is the corridors between Munich and Stuttgart, Munich and Zurich, Switzerland, and Cologne and Frankfurt. By the end of March 2014 over 50% of Germany will be covered by Superchargers, and by the end of 2014 that will extend to the whole country, with more Superchargers per capita than any other country.

The Tesla Supercharger allows the 60 kWh or 85 kWh Tesla Model S to recharge in under an hour, making these the first electric cars that can properly implement road trips.

For comparison typical level 2 charging runs at about 6 kilowatts. The other widely deployed fast charging system, CHAdeMO (used by the Nissan Leaf and Mitsubishi i-MiEV) runs at about a 50 kilowatts charge rate.

Presumably other Superchargers outside Germany will also be upgraded to 135 kilowatts in the due course of time. Tesla's press release holds the door open to other automakers adoption of the Supercharger system by saying: "Tesla wants to be very clear that this network will be open to German and other auto manufacturers that design cars able to be charged at 135 kW."

Expanding Service Center presence in Germany Tesla operates its own service centers and builds them by region in areas where they've sold cars. Five more service centers will be opened in Germany by the end of 2013, with 80% of Germans living within 100 kilometers of a center.

Tuning for the Autobahn The Germans like the high speeds of the Autobahn, and Tesla Motors is offering "free optional high speed tuning for Model S in Germany to optimize it for driving on the Autobahn." The top speed of the Model S is 125 miles/hr, but maybe that's not fast enough for Germany?

Tesla Contemplates A New Strategy for China Retail even As Sales Boom
Jay Leno on Elon Musk & EVs: “I Think He Should Get ... Credit"
END_OF_DOCUMENT_TOKEN_TO_BE_REPLACED