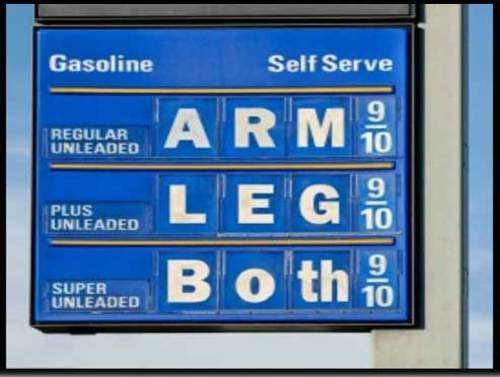 On Monday the Chevron refinery in Richmond CA blew up, disrupting gasoline supply on the West Coast, and a spike in gasoline prices, but electric car owners drive on blissfully unaffected by the turmoil.
Advertisement

West Coast residents are expected to see spiking gasoline prices because of Monday's fire at the Chevron refinery in Richmond CA. The fire started with a seemingly insignificant leak that afternoon, but quickly escalated into a major fire that has knocked the refinery out of business, as well as sickening thousands of local residents. Because the Richmond refinery produces 150,000 barrels of gasoline a day, 16 percent of West Coast gasoline consumption, there will clearly be a supply disruption and a price spike. Electric car owners are immune to this sort of price spike, because electricity has a more stable price than gasoline.

"Spot prices have already increased by as much as 30 cents per gallon in some West Coast markets and that's before the refinery damage has been fully assessed," said Patrick DeHaan of the website GasBuddy.com.

Thinking over recent years recall many incidents that disrupted, or threatened to disrupt, gasoline supplies and each time there were gasoline price spikes.

A report in the Aug 3 Chicago Tribune describes a 24 cents per gallon price spike in the Chicago area, because of a pipeline rupture in Wisconsin. An SF Chronicle article from Feb 2012 discussed a refinery fire in the Pacific Northwest, at BP's Cherry Point Refinery near Blaine, Wash., sent gasoline prices in California skyward. A scan through the news shows oil supply disruptions large and small that cause localized or more wide-spread spikes in gasoline prices.

One of the big doubts hanging over the world economy is the geopolitical struggle in the Middle East, and for example an out-and-out fight with Iran would clearly cut off oil supplies from the Persian Gulf to the rest of the world. While the U.S. doesn't buy much oil directly from the Persian Gulf, a global oil price spike would affect American oil prices.

Another big longer term doubt about oil prices is the effect known as Peak Oil. A refinery fire is a short term oil price disruption, but the oil production crunch known as peak oil is an issue that has been in progress for a couple decades. At it's core is the observation that as an oil field is halfway tapped-out, it becomes harder and harder to extract oil, and oil companies have to use all kinds of enhanced oil recovery techniques to continue extracting oil. In short all the easy oil in the world has been tapped out, and what's left is oil that's difficult and expensive to extract. For example resources way offshore in 10,000 feet of water, or requiring hydraulic fracturing, etc, to convert suboptimal oil resources into usable oil. Peak Oil researchers predict ever-rising oil prices and economic effects as the oil companies find it ever-harder to extract and supply oil.

In short there are many avenues where gasoline prices will continue rising over the long term, and spiking in response to short term effects.

Most have pigeonholed electric cars as a solution to climate and environmental issues. While electric vehicles will help with those issues, there are a whole range of other issues justifying the adoption of electric cars.