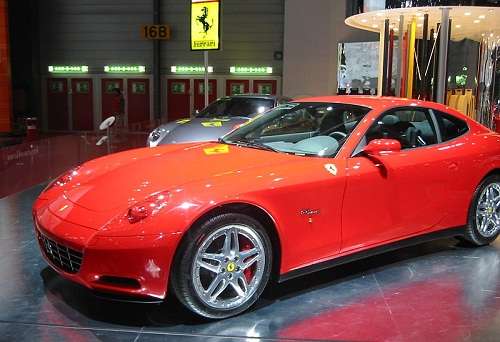 Sergio Scaglietti, designer of the Ferrari 250 Testa Rossa, died on Sunday. He will long be remembered for his beautiful cars.
Advertisement

Master coachbuilder Sergio Scaglietti of Maranello, Italy, died on November 20, 2011, at the age of 91. He’d originally started an auto repair business, the Carrozzeria Scaglietti, across the street from the Ferrari plant. Becoming friends with Enzo Ferrari, the founder of Ferrari, he gradually became involved with designing and building the bodies for several of the Ferrari models during the 1950s and 1960s. His designs are legendary, and still influence today’s Ferraris and other sports cars.

According to current Ferrari chairman Luca di Montezemolo on a statement on Ferrari’s official website dated November 20, “Today is a sad day for Ferrari. We lost a friend, a travelling companion, a man who had his name forever connected to the Prancing Horse. Sergio Scaglietti leaves behind the legacy of an artist who with his talent created some of the most beautiful cars of our history. Whoever had the luck to know him like I did will also remember him as a straightforward and honest man, completely dedicated to his work. We will miss him.” He’s not alone.

Among Scaglietti’s original designs, the most famous is perhaps the iconic 1958 Ferrari 250 Testa Rossa, though he also worked on the 500 Mondial, the 290 MM, the 860 Monza and others. He also had a hand in the design of the Ferrari California, the 250 GTO and the 250 GT Tour de France. Those cars made to his exclusive design all carry a Scaglietti & C. badge, distinguishing them from others in which he was only a collaborator or not involved at all.

It wasn’t just Ferrari’s street cars that Scaglietti worked on. Many of Ferrari’s racing cars and prototypes from the 1950s and 1960s came through his bodyshop. He’s said to be responsible for the “headrest bump” that appears on them.

Outside of Ferrari, he also worked on the 1958 Chevrolet Corvette Scaglietti coupe. Only three were made, for race car drivers Jim Hall, Carroll Shelby and Gary Laughlin who wanted a car that could compete against Ferrari. Ferrari was not amused, but in general Scaglietti and Ferrari had an excellent relationship. The 456M GT Scaglietti, a special version of the Pininfarina-designed 456, was named after him. So was its replacement, the Ferrari 612 Scaglietti, a 2-door coupe produced by Ferrari from 2004 to 2010.