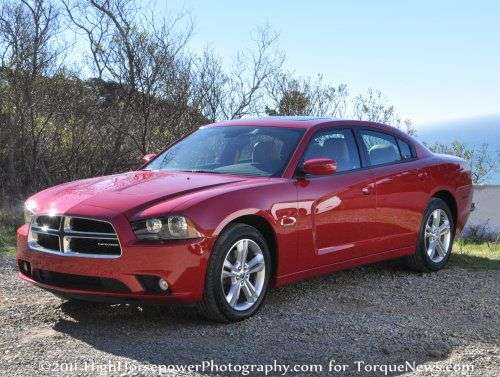 Despite the fact that GPS systems, both factory-installed and after-market, have been around for a number of years, consumers continue to report a large number of issues with them. The thirteenth annual study on U.S. Navigation Usage and Satisfaction by J.D. Power and Associates was released this past Tuesday, and detailed several of these problems. The study also showed rankings of owner satisfaction for factory-installed systems on 2011 vehicles.

At the top of the ranks was the Dodge Charger's Garmin system, followed by the Hyundai-Mobis system in the Genesis coupe, and the Garmin system in the Chrysler 300 series. Owners especially appreciated the Charger’s speed, ease of use, and navigation display screen.

At the bottom of the list, in descending order, were the MELCO system in the Volvo XC90, the TeleNav system in the Lincoln MKX, and the DENSO Corporation system in the Toyota RAV4. All of the results can be found on J.D. Power’s website.

The average PP100 score for factory-installed navigation systems was 351, or 3.5 complaints per system. The most common complaints, comprising more than 50% of reported difficulties, were:

destination not found
destination difficult to input
suggested route not the most direct
voice recognition difficult to use
not enough street names on map
menus or screens hard to find
map or search not turning up points of interest
glare problems with the screen.

"Routing—the primary function of a navigation system—is obviously an issue and will continue to be," said Andy Bernhard, director at J.D. Power and Associates. "However, for nearly 10 years, the importance of ease of use has been emphasized by owners, and the continued high level of problems in this area begs the question: is the industry listening to how owners want to interact with their system?"

The study suggests that ease of use will only get worse as more and more vehicle system controls are integrated, although it suggests that those more familiar with multimedia systems were less likely to complain. Given the known problems with distracted driving, a simpler interface would seem to be indicated.

"There is a necessity in the industry to better understand how the complexity of interfaces and the implementation of navigation within the overall system impact the owner experience," said Bernhard. "Owners continue to demand a high level of technology, but it is through the integration of this technology into their day-to-day lives that both adoption and satisfaction will be influenced—and the industry continually appears to be missing the mark."