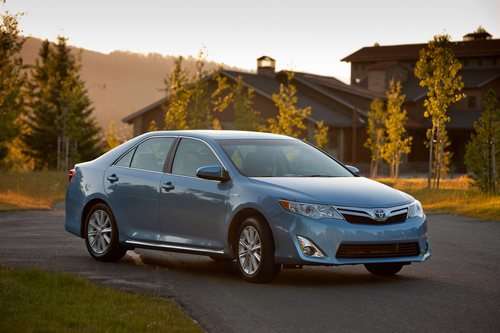 The effect of the halted production in Thailand has now spread worldwide, as Toyota announced today that it is reducing production at North American and South African operations. These include operations in Canada, and the United States.
Advertisement

Additionally work is being slowed in Indonesia, Vietnam, and the Philippines. Even in Japan, Toyota halted overtime shifts at its plants. All due to parts shortages from the flooding that has plagued Thailand. Toyota is not able to get about 100 components used for the manufacturing of various vehicles. It is estimated that Toyota, the largest automaker in the world, is loosing $19.7 million dollars and 5,000 vehicles everyday are not being produced because of the flooding in Thailand.

Toyota is not the only automaker facing production stoppages in Thailand. The companies rivals, Honda and Nissan, have also halted production as well.

Honda had to postpone the launch of a special edition of its Life mini-vehicle, which was scheduled for October 13th. Honda's power product and motorcycle division will stopped production since October 31st. Honda makes roughly 240,000 vehicles a year at the Ayutthaya plant in Thailand. Nissan production has been stopped since October 17th.

This flooding in Thailand is bad for Japanese automakers. They were just ramping up vehicle production since the March 11 earthquake and tsunami, which caused quite a lot of damage in Japan and hurt domestic Japanese vehicle output. Many automakers had even announced new investments in Thailand to meet demand, as Japanese automakers are dominate in southeast Asia.

The floods in Thailand are causing automakers to search for replacement parts. Since so many components and parts are exported from Thailand, the disruption may continue to spread to more regions. Inventories will likely continue to run out if the automotive vehicle and parts in Thailand remains stopped.