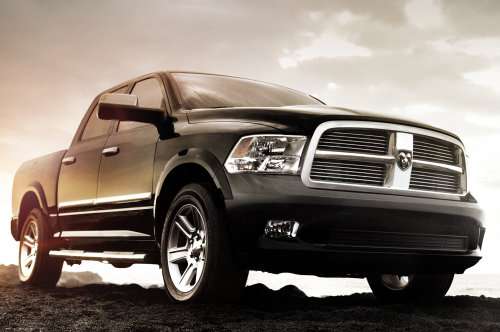 Consumer Reports has recently released their much anticipated annual auto issue and the Chrysler Group has again been ranked last among the 13 automakers in the study.
Advertisement

Consumer Reports, a nonprofit independent testing organization, recently gave Chrysler an overall vehicle brand score of 51 in their well known and respected annual auto issue. This means the American automaker builds the worst all around vehicles out of the 13 major automakers that were studied and surveyed by Consumer Reports.

Consumer Reports gets it scores based on an automaker's average road-test results from the magazine's extensive vehicle testing. This compromises a large battery of vehicle tests, which includes performance, safety, fuel economy, comfort, convenience, interior quality and more. Over 50 different factors and evaluations are taken into account.

As well Consumer Reports uses predicted-reliability as a major determining factor. The organization collects this information from subscribers. Every year, the magazine collects data from its Annual Auto Survey and generates a predicted reliability from those surveys. For 2011, the survey was based on subscribers' experiences with over 1.3 million vehicles.

Those results are combined with the results from Consumer Reports' battery of vehicle road tests to get the final results.

Ford and General Motors (GM) didn't score well in Consumer Reports testing either. GM scored a 56 putting it the second worst spot. Ford came in fourth place with a score of 60. (Mercedes-Benz was third worst with a score of 58.)

Ford and GM also got top picks by Consumer Reports in it's much coveted “Top 10 Picks.” The Ford Mustang won the Sporty Car category and Chevrolet Avalanche won in the Pickup Truck category. Japanese brands dominated the rest of the Top 10 Picks for this year.

Toyota had the highest number and percentage of vehicles with Buy recommendations. In the annual auto issue 22 out of 26 of it's tested vehicles received the coveted recommendation.

David Champion, head of automotive testing at Consumer Reports, admits that all American automakers have improved. Still the data suggests they have a long way to go to catch up to Japanese automakers.

However, Chrysler has a lot more work to do then Ford and GM. The company recently came in dead last in JD Power and Associates Reliability Study as well. (Maybe the Consumer Reports and JD Power and Associates study explain why Obama's Chrysler 300C didn't sell on eBay!) The automaker has also consistently scored at the bottom of Consumer Report's annual auto issue.

Consumer Reports ratings and testing are closely monitored by the auto industry. This is because they provide unbiased and accurate data that millions of car buyers look to when searching for a new or used car.

I guess Chrysler should hope that car buyers don't look at the Consumer Report's Annual Auto Issue when shopping for a new car this year.