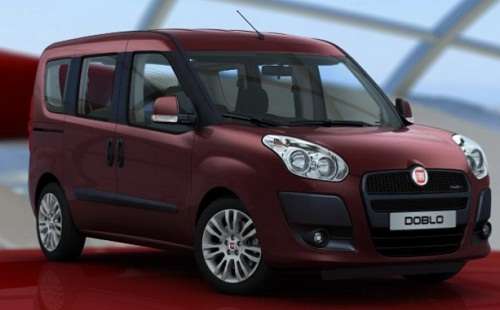 Ram to get Fiat-sourced Doblo panel van for 2013

The Ram brand will get a version of Fiat's Turkish-built Doblo panel van for 2013, to compete with Ford's increasingly popular Transit Connect.
Advertisement

The Ram truck brand will start selling rebadged versions of the Fiat Doblo panel van, which was recently redesigned in 2010 for the European market (pictured) and is actually being built in Turkey as part of a joint venture between Fiat and a company called Tofas Turk Otomobil Fabrikasi. The plan is for Ram to start selling these vans in 2013, and for a total run of 190,000 of them to be sold for seven years thereafter.

Ram will sell the vans in both a passenger configuration, with seating for up to seven passengers, and a commercial configuration for owners of small businesses like painters and florists. We're not sure if Ram will retain the Doblo nameplate, but it will compete with another Turkish-built small panel van: the Ford Transit Connect, whose sales have climbed 31 percent this year to 20,496.

Fiat and Tofas Turk Otomobil Fabrikasi will be investing $160 million to prepare the Doblo for United States safety and emissions regulations. The European Fiat Doblo uses diesel engines almost exclusively, and the 2.0L Multi-Jet diesel engine is the biggest and most powerful engine in the new Doblo, with 135hp and a 0-60 time of about 11 seconds. No information is available as to whether the Ram version of the Doblo will use this engine or whether it will get a Chrysler-sourced engine with more horsepower that will be better suited to American roads.

Fiat also plans to sell a larger commercial van under the Ram brand that will be based on the Ducato, also slated to arrive in 2013. The Ducato-based Ram van will take the place of the Sprinter, one of the remaining remnants of the faltered relationship between Mercedes-Benz and Chrysler that was discontinued in 2009. Like the Doblo, the Ram version of the Ducato will also go on sale in 2013. The current generation of the Fiat Ducato commercial van is actually another 30-year-long joint venture with Peugeot and Citroën, in which all versions share the same drivetrains and essentially the same bodywork, but Fiat badges its version the Ducato, Peugeot badges its version the Boxer, and Citroën badges its version the Jumper.

No pricing on either the Ram Doblo or Ducato is yet available.