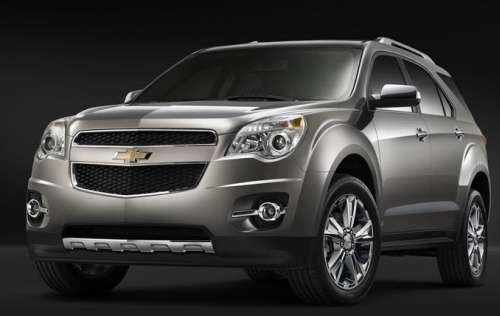 All eyes of the automotive industry will be on Detroit Tuesday, when every president of every UAW local in America will come to the auto capital of the world to hear specifics of the proposed four-year UAW-GM contract that union negotiators created with General Motors Co.
Advertisement

The UAW presidents will take those details to their respective locals and seek ratification from the rank and file after their 9 a.m. meeting Tuesday at the UAW-GM Center for Human Resources in Detroit..

Because the UAW successfully secured long-term job security, a promise from GM for at least 6,000 more jobs, 22% higher pay for new auto workers, protection of retiree pensions, better health care, a new profit-sharing deal based on profits instead of sales and a 2% signing bonus, it's likely to be an easy sell.

All told, GM and the UAW should have a contract in tow in about a week that includes plans to build and reopen plants, including one in Spring Hill, Tenn., that likely will be used to assemble the Chevrolet Equinox (pictured) and GMC Terrain. The plant, idled since November 2009, is best known as the first factory that made Saturns exclusively for 17 years. It also will authorize hiring for plants in Warren, Romulus and Saginaw, Mich., and in Wentzville, Mo., which the Detroit Free Press said today will add 2,000 jobs to assemble Chevrolet Colorado and GMC Canyon pickup trucks.

The giveback of signing bonuses will cost GM as much as $343 million, according to a Reuters analysis reported today. It is unclear whether the money would be taken off the top or reported as profits, then distributed.

The contract between the UAW and GM includes signing bonuses ($5,000) and profit-sharing checks (at least $5,000, maybe more) that give each unionized GM auto worker at least $10,000 in promised cash compensation besides their base pay, overtime and a continuation or improvement of health and other benefits.

About 2,400 entry-level GM auto workers and anybody hired after the four-year contract between GM and the UAW is ratified will be paid $16 to $17 per hour instead of the current hourly rate of $14. GM's UAW membership of 46,000 veteran auto workers will continue to be paid roughly $60 per hour, including benefits. The typical hourly pay rate for a veteran auto worker is in the neighborhood of $30, excluding benefits. Most UAW GM auto workers earn at least $117,000 annually in wages and benefits, according to a Crain's Detroit Business report.

The hourly hikes are an attempt by GM and the UAW to placate complaints from gung-ho newbies who chafe about working as hard or harder for half the money paid out to veterans who they see as playing out the string or working at half speed.

Since the union has been able to secure numerous financial and pragmatic commitments from GM, the membership is likely to overwhelmingly approve this deal. GM is glad it's in line to put the contract to bed because it wants to keep the profit surge going, unabated. The company has reported six straight quarters of profits, with nothing but blue sky in its sights.

The only ship left to right is its stock price. No matter what it does, GM continues to fall short of impressing stockholders.

An Associated Press report today said GM shares fell 20 cents to $22.41 in early trading. That's almost one-third less than the initial public offering price of $33 per share in November. But by the end of business today, GM shares had rallied to $23.05. That amounts to a modest 2%, 44-cent increase over Friday's closing price on a day when most stocks were down.

The AP also reported today that Citi analyst Itay Michaeli wrote in a note to investors Sunday that the contract should not adversely affect the value of General Motors stock.

"We view the contract as a neutral to the stock," Michaeli told investors.

The next step for the UAW will be to sign new contracts with Chrysler Group and Ford Motor Co. Expect a quick settlement at Chrysler, which has become the have-not among the Detroit Three, and a more arduous path at Ford, which is making lots of money but might balk at giving up what GM did to make its UAW rank and file happy. A strike is possible at Ford.

Hawke Fracassa covers the automotive industry from Detroit for TN. You can reach him at [email protected] or (248) 747-1550. Or follow him on Twitter @HawkeFracassa.

Frank Sherosky wrote on September 27, 2011 - 10:33am Permalink
This is not a new concept. Saturn, the UAW and GM had this arrangement in 1991. It was called risk/reward; but the national union didn't want it to become a new standard for their members, so they scuttled it. Recall that Saturn was a wholly-owned subsidary of GM. Therefore, it's ironic that Spring Hill, Tenn would be involved once again, as it was the home of Saturn production.