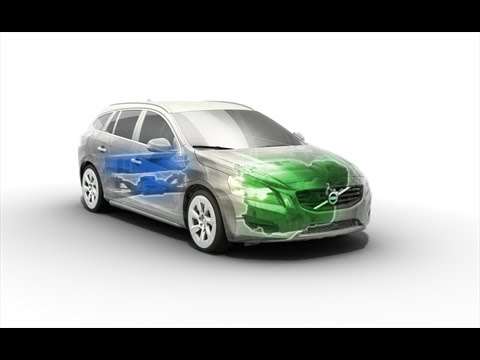 Volvo is going green full tilt this spring with its enthusiast-driven V60 Plug-in Hybrid, C30 Electric and V50 DRIVe. The three environmentally friendly luxury cars were showcased and shown off this weekend at the 11th Michelin Challenge Bibendum rally in Germany.
Advertisement

The maiden test drives at the international forum in Europe this weekend were the latest step by Volvo in its Herculean effort to bring high-performance electric-powered cars to showrooms for purchase as quickly as possible.

These freshly minted prototypes that were driven in Berlin, which Volvo says are near-production line quality, underscore the Scandinavian carmaker's commitment to green motoring. The rally tested the mettle of the special cars' acceleration and handling and measured how energy efficient they are.

“To get true car enthusiasts to think green, you have to offer them the opportunity to drive with low carbon dioxide emissions without taking away the adrenaline rush that promotes genuine driving pleasure,” Peter Mertens, senior VP/research and development for Volvo, told reporters of the luxury marque's rally cars, which he called "just as well equipped, comfortable, sporty and safe as all Volvo models.”

The Volvo V60 Plug-in Hybrid sports wagon that made its road-test debut on the track this weekend will be in U.S. showrooms in 2012. It is powered by a 5-cylinder 2.4-liter turbodiesel engine that generates 215 horsepower. It offers three driving modes: Pure, Hybrid and Power. The driver pushes a button after making a selection.

Pure mode pushes the 60 with its electric motor. The Hybrid mode powers the car via its diesel engine and electric motor and is the most environmentally friendly. The Power mode delivers the best performance by far.

The C30 Electric has a 111 horsepower-driven electric motor and offers the same creature comforts and sportiness as the gasoline-powered C30. A 10-amp charge takes one hour for each amp needed to power it up. It basically needs to charge while you sleep at night for a full charge. It can go 101 miles with no emissions, according to company estimates.

The weekend event, which began Thursday, combined technical tests and evaluations, demonstrations and test drives to gauge the performance and potential of vehicles, energies and technologies.