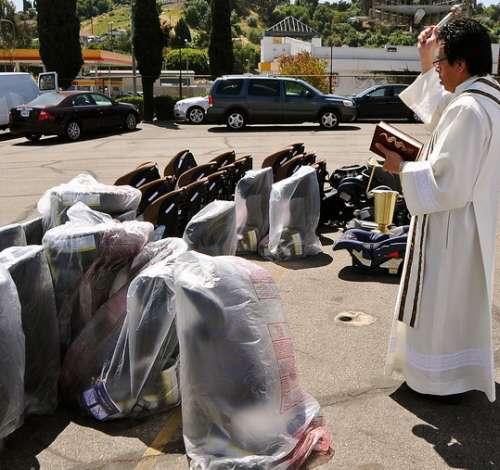 Toyota expands Buckle Up for Life to 6 states

Toyota has made a $1 million commitment to support the expansion of Buckle Up for Life, which began in Ohio, Kentucky and California and now will expand to Illinois, Colorado and Texas by the end of 2012, with even more places to be chosen for assistance in 2013.
Advertisement

The program was initially put into action by the Cincinnati Children’s Hospital Medical Center to assist African American and Hispanic children, teens and adults killed or injured in car crashes.

“We created Buckle Up for Life because we were seeing a disproportionate number of African American and Hispanic children coming into the hospital with severe crash-related injuries. This disparity was unacceptable and we knew we had to do something about it,” said Dr. Rebeccah L. Brown, associate director of Trauma Services and director of the Buckle Up for Life program at Cincinnati Children’s.

“We appreciate the significant input and support that Toyota has provided at every step of the way.”

With Toyota's commitment of funds, Buckle Up for Life will expand from Cincinnati and Los Angeles, where it made its debut in 2010, to Chicago, Denver and San Antonio. It will provide safety measures and education designed to greatly reduce the number of fatalities resulting from vehicle crashes within the Hispanic and African-American communities. Current programs that include blessing children's cars seats (pictured, in Los Angeles) will continue.

“In addition to enhancing the safety of our own vehicles, we are dedicated to supporting education programs that help protect drivers and passengers at every stage of life. Buckle Up for Life has proven to be a successful and sustainable model for meeting the pressing needs of the community, and Toyota is proud to support its expansion.”

Centers for Disease Control and Prevention statistics show car crashes are one of the leading causes of death in Hispanic and African-American communities, in part because seat-belt usage is sometimes poor and car seats for children and infants are improperly used.

In addition, studies from the centers and the National Highway Traffic Safety Administration make these observations:

1. Hispanic children are three times more likely to die in a vehicle crash than Caucasian children.

3. Not wearing seat belts is the main cause of accidental injury-related deaths for African Americans of all ages while motor vehicle crashes are the leading cause of death for Hispanics 1 to 44.

In response to these alarming facts, in 2004 Cincinnati Children’s joined with Toyota to create Buckle Up for Life – or “Abróchate a la Vida” in Spanish – a multi-generational, faith-based safety initiative in 17 Hispanic churches in northern Kentucky and Cincinnati that provides interactive vehicle safety education, free child car safety seats and car-seat inspections to encourage safety habits among drivers and passengers.

The impact of Buckle Up for Life in Cincinnati continues to be substantial. The number of Hispanic adults and children using seat belts and car seats has more than doubled, according to data gathered by Toyota, the hospital and area agencies.