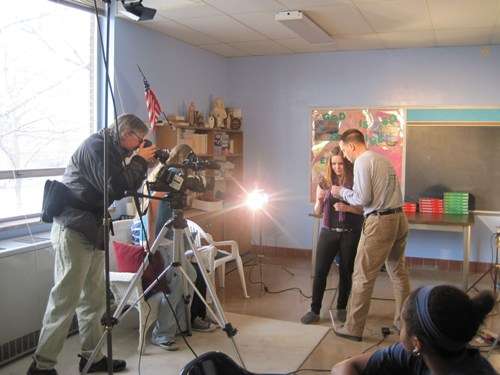 Students from 11 states won round one of the Lexus Eco Challenge, a fifth-annual contest that the luxury car marque says "inspires and empowers young people to learn about the environment and take action to improve it."
Advertisement

According to a statement from Lexus, student teams demonstrated their commitment to the planet with programs aimed at protecting land and water. Each team won $10,000 in scholarships and grants. The 16 teams who won have been invited to the Final Challenge, where two $30,000 grand prizes and eight $15,000 first-place awards will be given out.

“At Lexus, we’re proud to give them the opportunity to show their capabilities to others, as well as discover their own potential to improve the environment around them.”

For each of the challenges, teams are required to define an environmental issue that is important to them, develop an action plan to address the issue, implement the plan and report on the results, the Lexus statement said.

The Challenge #1 winning teams that best addressed environmental challenges associated with land and water are as follows.

The Lexus Eco Challenge launched on Sept. 26 and concludes this spring.

Challenge #2, which asks students to address the environmental challenges for air and climate, is under way and has an entry deadline of Dec. 19.

The challenge is part of the Lexus Pursuit of Potential, a philanthropic initiative that generates up to $5 million in donations each year for organizations that help build, shape and improve children’s lives.