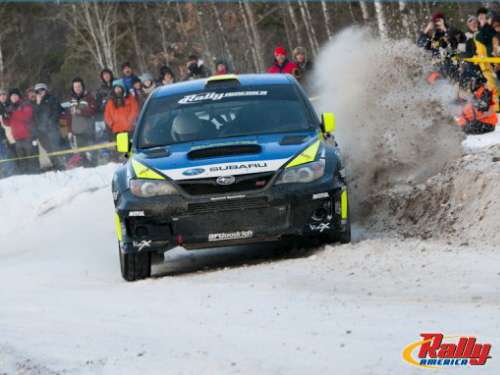 Rally America Inc., the Golden Valley, Minn., sanctioning and Rally promotion organization in the United States, was purchased today by Bill Fogg, a Vermont entrepreneur with a marketing background who wants to bring the sport to a worldwide audience in 2012.
Advertisement

"I want to expose as many people as possible to Rally and turn them into rabid fans," Fogg said. "Rally America is in a unique position to put Rally and Rallycross in front of the mainstream public."

Fogg believes that Rally America's future success will be built on the vision and depth of its management team and a history of producing safe and exciting Rally events.

As part of that vision, social networking, live streaming, and online video channel development will be enhanced or launched in 2012.

"I have spoken with top performers in the sport, team owners, sponsors and manufacturers, and they all agree that now is the time to bring Rally and Rallycross to the masses," Fogg said.

Fogg has 25 years of experience in distribution, manufacturing, software development, telecommunications and marketing. He is a founding partner in a business development company that invests in high-technology start-up businesses.

Managing Director J. B. Niday continues in that role, as do Mike Hurst, Rally America's competition director; Paul Giblin, Rally America's director of business development; and Ananda Siverts, the marketing director. Fogg replaces the founder of Rally America, Doug Havir, who made many valuable contributions to the development of the Rally America National Championship Series.

"First, I want to express my appreciation to Doug Havir for establishing and building Rally America," said J.B. Niday, "Bill Fogg and his team bring great, new talents and resources to Rally America, as well as fresh ideas and perspectives."

In the upcoming season, Rally America will make the series more accessible and build more excitement for fans, sponsors, drivers, and teams.

For 2012, six Rally events will stretch from coast to coast and run through September. Rally America organizers have moved the Seattle-based Olympus Rally to September from April and have pushed back the Portland-based Oregon Trail Rally by a few weeks to allow more time between it and the Susquehannock Trail Performance Rally in Wellsboro, Pa., in early June.

The 2012 Rally America National Championship Series dates and locations are as follows: