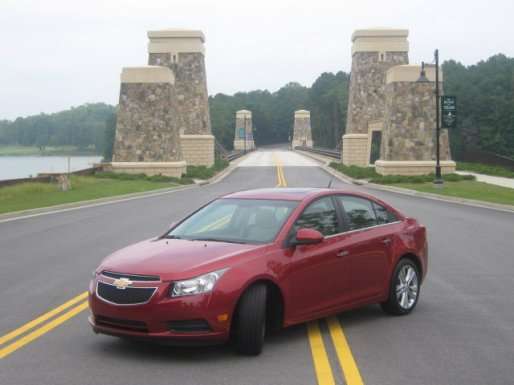 Interest in Detroit Three vehicles on the grow

NADAguides said this week in its Brand Share Report that the Detroit Three were the only carmakers that showed growth in consumer interest on NADAguides.com during the third quarter of 2011, boosting their overall consumer share by more than 10%.
Advertisement

The Cruze has been gaining momentum month over month throughout the year. The Silverado has consistently remained near the top in terms of brand share and interest on NADAguides.com all year long.

The Chevrolet Cruze (pictured) was the fifth most purchased car through the first nine months of 2011 and the Chevrolet Silverado was the second most purchased light vehicle and light truck, according to sales figures compiled by Automotive News.

“We continue to see the Big Three putting out great vehicles that meet consumer demands at all price points and with many more options at high mpg ratings," said Troy Snyder, director of product development for NADAguides. "Trends are expected to shift again as the year comes to a close and Japanese manufacturers are all nearly back to capacity production.”

European brands saw the biggest decrease in consumer interest on NADAguides.com during the third quarter, dropping by 14.9% as compared to the second quarter of 2011.

Chevrolet edged out Ford Motor Co. as the most-researched brand on NADAguides. Toyota was third, followed by Nissan and Honda.