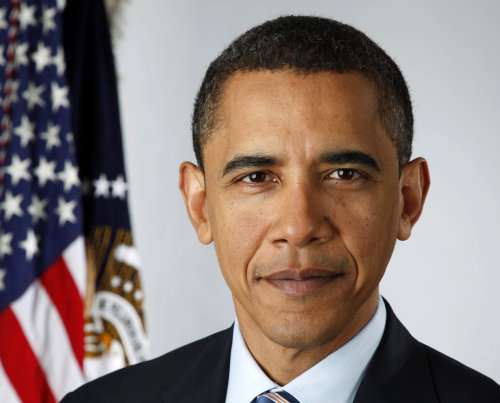 President Obama invited 13 car companies to come to Washington today to hear what he will do to raise fuel-efficiency standards for vehicles sold in America between 2017 and 2025. What follows is complete text, unedited, of what he had to say face-to-face with the Detroit Three of Ford Motor Co., Chrysler and General Motors, and 10 leading import and transplant car companies.
Advertisement

THE PRESIDENT: Thank you, everybody. Thank you. (Applause.) Good morning. I've been having a lot of fun this week, but -- (laughter) -- nothing more fun and more important to the future of the American economy than the agreement that we're announcing today.

I am extraordinarily proud to be here today with the leaders of the world’s largest auto companies, and the folks who represent autoworkers all across America. (Applause.) I’m glad that I have a chance to see some of the great cars that you are manufacturing. As some of you may know, it’s only a matter of time until Malia gets her learner’s permit -- (laughter) -- so I’m hoping to see one of those models that gets a top speed of 15 miles an hour -- (laughter) -- the ejector seat anytime boys are in the car. (Laughter.) So, hopefully you guys have some of those in the pipeline.

Now, for the last few months, gas prices have just been killing folks at the pump. People are filling up their tank, and they're watching the cost rise -- $50, $60, $70. For some families, it means driving less. But a lot of folks don’t have that luxury. They’ve got to go to work. They’ve got to pick up the kids. They’ve got to make deliveries. So it’s just another added expense when money is already tight.

And of course, this is not a new problem. For decades, we’ve left our economy vulnerable to increases in the price of oil. And with the demand for oil going up in countries like China and India, the problem is only getting worse. The demand for oil is inexorably rising far faster than supply. And that means prices will keep going up unless we do something about our own dependence on oil. That’s the reality.

So I’ve laid out an energy strategy that would do that. In the short term, we need to increase safe and responsible oil production here at home to meet our current energy needs. And even those who are proponents of shifting away from fossil fuels have to acknowledge that we’re not going to suddenly replace oil throughout the economy. We’re going to need to produce all the oil we can.

But while we’re at it, we need to get rid of, I think, the $4 billion in subsidies we provide to oil and gas companies every year at a time when they’re earning near-record profits, and put that money toward clean energy research, which would really make a big difference. (Applause.)

Those are all short-term solutions, though. In the long run, we’re going to have to do more. We’re going to have to harness the potential of startups and clean energy companies across America. We’re going to need to build on the progress that I’ve seen in your factories, where workers are producing hybrid cars and more fuel-efficient engines and advanced electric vehicles. We need to tap into this reservoir of innovation and enterprise.

And that’s why we’re here today. This agreement on fuel standards represents the single most important step we’ve ever taken as a nation to reduce our dependence on foreign oil. Think about that. (Applause.)

Most of the companies here today were part of an agreement that we reached two years ago to raise the fuel efficiency of their cars over the next five years. And the vehicles on display here are ones that benefited from that standard. Folks buying cars like these in the next several years will end up saving more than $3,000 over time because they can go further on a gallon of gas.

And today, these outstanding companies are committing to doing a lot more. The companies here today have endorsed our plan to continue increasing the mileage on their cars and trucks over the next 15 years. We’ve set an aggressive target, and the companies here are stepping up to the plate.

By 2025, the average fuel economy of their vehicles will nearly double to almost 55 miles per gallon. (Applause.) So this is an incredible commitment that they’ve made. And these are some pretty tough business guys. They know their stuff. And they wouldn’t be doing it if they didn’t think that it was ultimately going to be good business and good for America.

Think about what this means. It means that filling up your car every two weeks instead of filling it up every week. It will save a typical family more than $8,000 in fuel costs over time. And consumers in this country as a whole will save almost $2 trillion in fuel costs. That’s trillion with a T.

And just as cars will go further on a gallon of gas, our economy will go further on a barrel of oil. In the next 15 years, we’re going to reduce the amount of oil we need by 2.2 million barrels per day. And this will help meet the goal that I’ve set for America: reducing our dependence on foreign oil by one-third.

Using less oil also means our cars will produce fewer emissions. So when your kids are biking around the neighborhood, they’ll be breathing less pollution and fewer toxins. It means we’re doing more to protect our air and water. And it means we’re reducing the carbon pollution that threatens our climate.

Lastly, these standards aren’t just about the bad things we’ll prevent; it’s about the good things that we’ll build. As these companies look for ways to boost efficiency, they’ll be conducting research and development on test tracks. They’re going to look to startups working on biofuels and new engine technologies. They’re going to continue to invest in advanced battery manufacturing. They’re going to spur growth in clean energy. And that means new jobs in cutting-edge industries all across America.

I’ll give you a couple of examples. There’s a company called Celgard in North Carolina that’s expanding its production line to meet demand for advanced batteries. And they’ve hired 200 employees and they’re adding 250 more. There’s A123, a clean-energy manufacturer in Michigan that just hired its 1,000th worker as demand has soared for its vehicle components. Companies like these are taking root and putting people to work in every corner of the country.

And after a very difficult time for the automotive sector in this country -- after a period of painful restructuring, with the federal government lending a helping hand to two of the Big Three American automakers -- we’re seeing growth and a rise in sales, led by vehicles using new, more fuel-efficient technologies. And that bodes well for the future. That tells us that these standards are going to be a win for consumers, for these companies, for our economy, for our security, and for our planet.

So we are happy to welcome all the auto companies to this effort. But I do want to pay special tribute to the extraordinary progress of General Motors, Ford and Chrysler. It was little more than two years ago that many doubted whether these companies would still be around, much less moving forward and leading the kind of change that we’re seeing.

I also want to point out all this progress we’re talking about today -- the promise of this agreement -- it is only possible because we’ve made investments in technology. It’s only possible because we’re willing, as a nation, to make sure that young people could afford to go to college and get engineering degrees; to make sure that we’re backing the basic research of our scientists; to make sure innovative small businesses could get the credit to open their doors and ultimately maybe be a supplier for one of these big companies.

And finally, this agreement ought to serve as a valuable lesson for leaders in Washington. This agreement was arrived at without legislation. You are all demonstrating what can happen when people put aside differences -- these folks are competitors, you've got labor and business, but they decided, we’re going to work together to achieve something important and lasting for the country. (Applause.)

So, congratulations, gentlemen. Thank you very much. (Applause.)

UPDATE: Late this afternoon, the White House added this statement, which we present in full to TN readers as an update to the speech:

Today, administration officials will host a conference call to discuss President Obama’s announcement with 13 major automakers to pursue the next phase in the administration’s national vehicle program, increasing fuel economy to 54.5 miles per gallon for cars and light-duty trucks by model year 2025. This agreement, in conjunction with the previous fuel-efficiency announcements by this administration, will increase fuel efficiency for model years 2011 to 2025. Together, they will save American families $1.7 trillion in fuel costs, and by 2025 result in an average fuel savings of over $8,000 per vehicle. Additionally, these programs will dramatically cut the oil we consume, saving a total of 12 billion barrels of oil, and by 2025 reduce oil consumption by 2.2 million barrels a day – as much as half of the oil we import from OPEC every day.

Praise for President Obama's program has been widespread, from American and foreign car companies to consumer and environmental advocacy groups. The Detroit Three and 10 other carmakers comprising 90% of the U.S. automotive market have pledged to support the changes. Mark Cooper, research director for the Consumer Federation of America, on Friday offered a typical response to the president's plan, which he considers "win-win" for many Americans.

“Hard, good-faith bargaining has produced a program that is very good for consumers and the auto industry," Cooper told reporters Friday afternoon.

"By sticking to the steady, 5% improvement scenario, the program will deliver the biggest bang for the buck in the types of vehicles – cars – that consumers are most likely to purchase. At the same time, the program provides incentives to meet the more difficult challenges in transforming the vehicle fleet – getting hybrid engines into pickup trucks and promoting electric vehicles.”

Tsingshan's Threat to Tesla: EV Maker Is In Battery Crosshairs
Tesla-Funded Research Reveals One of The Biggest Mysteries of EV Battery
END_OF_DOCUMENT_TOKEN_TO_BE_REPLACED