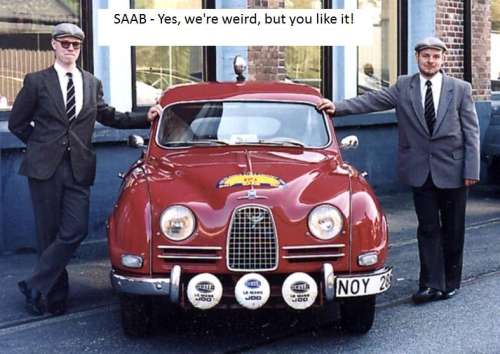 Poor Saab, they just can't catch a break. Yesterday they began to get pushed towards bankruptcy, not from outside pressures, but from within. Two Saab worker's unions said that they will start a legal process that would surely induce the Swedish automaker to file for bankruptcy.
Advertisement

I haven't seen this much drama since I saw that T.V. show where Bobby married Sally who in turn was also married to Frank. Unfortunately it turns out that Frank is really in love with Margaret who is the mother of Bobby, unbeknownst to Bobby of course. To add further confusion, it turns out that they are all vampires, but they think blood is gross.

Such is the saga with Saab. Bought from GM from tiny Dutch supercar maker Spyker who is trying their best to get the automaker back afloat. The problem is, we all felt it, we knew that bringing Saab into profitability would be a daunting task even for a powerful automaker. GM, with all its resources, couldn't get it done.

Still, we hoped. Even if you liked Saab or not, you know deep down inside that you don't want it to die. However, the situation is beyond dire. Saab's two workers unions, IF Metall and Unionen have stated that they will throw a fit and demand payment this coming Monday if they aren't paid. Just a few days earlier, Saab asked its suppliers to send product and get paid later. Before that, Saab asked its creditors to hold off until September for their money.

So we can tell that Saab has no money, so who comes to "save" Saab? Well, the Chinese of course. That help might be too little and too late, as several Chinese automakers have offered to lend support, in exchange for technology and processes of course. This support, however, is contingent on Chinese government approval, which hasn't happened yet. With Saab bleeding from multiple gunshot wounds, that approval couldn't come fast enough.

Saab cars are weird, a bit odd, not particularly spectacular in any way other than they are kind of cool. Nobody can really make fun of you for driving a Saab, it's definitely a conversation piece. It has a neat history and a coolness without any negativity that's usually associated with other brands. Saab is like that favorite uncle who gets drunk and says silly things, but everyone still laughs and loves him to death.