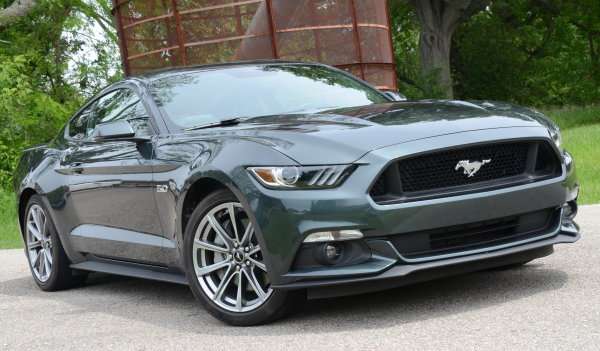 Those Xbox One gamers who are proficient with the racing simulator Forza Motorsport 6 have a chance of winning a trip to Los Angeles and a 2016 Ford Mustang GT – all for literally doing nothing more than playing a video game.
Advertisement

Each month, the racing simulator Forza Motorsport 6 has a collection of challenges called “Monthly Rivals” and one of the monthly events for October and early November is to pilot the 2016 Ford Shelby GT350R Mustang around a short portion of Watkins Glen raceway. The people who turn in the fastest laps in the Monthly Rivals events typically win lots of in-game credits, but this month, the 12 who turn in the quickest lap times will win a trip to Los Angeles and one of those 12 will take home a 2016 Ford Mustang GT.

That’s right – for being very good at a video game, you can drive away with a free 2016 Ford Mustang GT.

This event takes you to Watkins Glen raceway, where you are virtually strapped into the 2016 Ford Shelby GT350R Mustang and sent out onto the short track layout at “The Glen”. The objective is to turn the quickest clean lap around the track and come November 15th, the 12 gamers with the best times will be flown to Los Angeles in mid-December for the final round of the competition. These 12 will get a round trip ticket to LA, a two night stay in the City of Angels, $250 spending money and access to the final round competition.

The final round will have a head to head competition to see who can turn the fastest lap time and the winner will drive away in a 2016 Ford Mustang GT. And to think, these gamers’ mothers likely told them at one point that they would never get anything in life from playing video games.

The competition is currently underway, so if you have an Xbox One, Forza 6 and some skills, start working on your best lap time with the GT350R at Watkins Glen short course. I will at least be making a few laps to see how I compare to the best in the country.