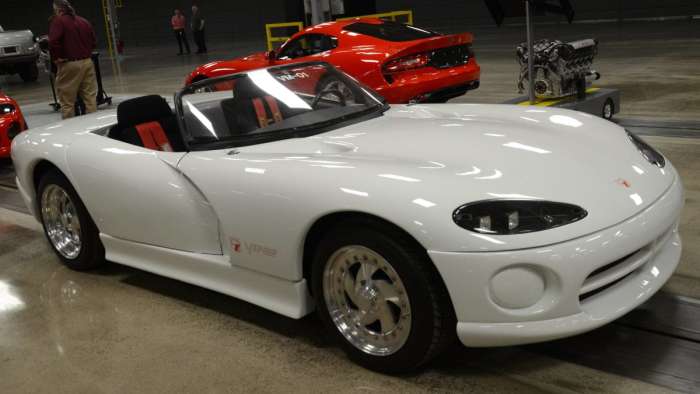 Two of the men who were instrumental in creating the original Dodge Viper back in the late 1980s like the idea of the next generation supercar departing from the V10 in favor of a Hellcat Hemi, but they still want that engine to be mounted in front of the driver.
Advertisement

The Dodge Viper left the high performance brand a few years back and right now, there has been no indication that FCA is working on a replacement. That doesn’t stop many people from talking about a future Viper, and the Mopar supercar is generally a pretty popular topic in social media groups. With the introduction of the new mid-engine C8 Corvette, many Dodge fans would like to see the engine of the Viper relocated to the rear of the driver’s compartment. Many Dodge fans would also like to see a Hellcat Hemi replace the naturally aspirated V10, but for many longtime Viper lovers, doing away with the V10 is nothing short of lunacy.

For many Mopar lovers, a Viper with a Hellcat Hemi mounted behind the driver wouldn’t just allow Dodge to keep up with the Joneses – it would allow Dodge to battle the new Corvette head-to-head. However, enthusiast input only goes so far when we are talking about a project as vast as transforming the Viper from what we know to a Hemi-powered beast with the engine mounted towards the back. Just about every aspect of the car would need to be redesigned and decisions like that need the support of heavy-hitters in the automotive world. 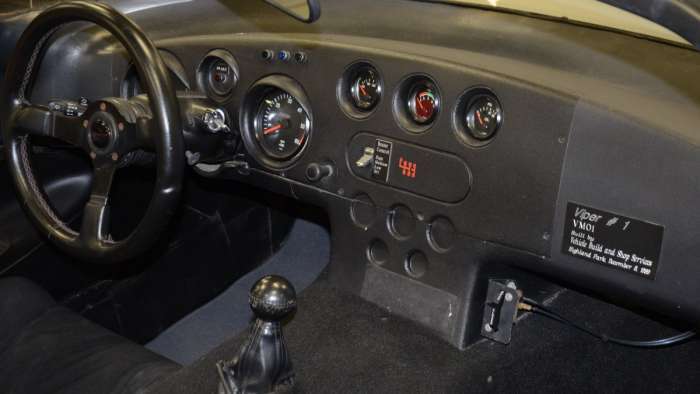 It just so happens that Motor Trend recently spoke with Tom Gale and Chris Theodore, two men who each played major roles in the original Viper program. In the MT piece, Gale and Theodore talk about each of the generations, including a big on how the Gen 3 car almost saw the engine move to the rear. More importantly, at the end of this piece, they each share their views on what they would like to see in a next generation Viper, and they both like the idea of a supercharged Hemi under the hood.

Dodge Viper Forefathers
Many prominent names in the automotive world were involved with the inception of the original Viper, including Bob Lutz and Carroll Shelby, but two of the men who played the biggest roles in the first Dodge supercar were Tom Gale and Chris Theodore. Gale was the head of design and he created the exterior of the first Viper concepts and production models. Theodore was the head of the truck engine program and the original Viper V10 was based on the V10 truck engine, with help from Lamborghini. 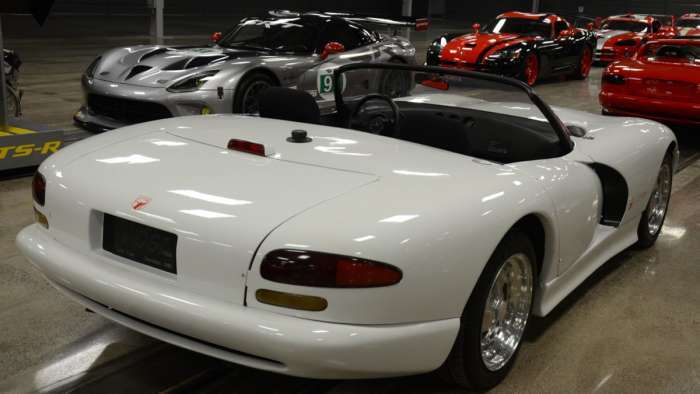 Gale and Theodore would be involved with the program through the design of the third generation Viper. Gale retired as the vice president of product development and design in the early 2000s while Theodore left around the same time while serving as the vice president of platform engineering. Theodore left Chrysler to work at Ford, where he led the development of the 2005 Ford GT.
In short, for the first, second and third generation of the Dodge Viper, Gale handled the exterior design and Theodore took care of the drivetrain. In the Motor Trend piece, Gale and Theodore praise the effort of the Viper team for their work on the fourth and fifth generations, including Ralph Gilles’ exterior design of the Gen V car.

Hemi Engine Up Front
At the end of the Motor Trend piece, Chris Theodore was asked what he would like to see from the sixth generation Dodge Viper. The man who was responsible for the original Viper V10 doesn’t like the idea of moving the engine to the rear of the car, but he does favor the Hellcat Hemi.

“I'll be a heretic. I am bored with mid-engine supercars now. They're all just differently styled doorstops."

He then went on to add this.

"I would do a front-engine, rear-drive car, and I'd try this time to go ultralight because there's only one thing these electric supercars can't do—they're not light and not tossable. I would like to see it proportioned down, same long-nose, short-deck, minimalist kind of car. I'd do an aluminum block version of [the Challenger Hellcat Redeye's] Hemi V-8. I'd probably get rid of the [heavy] supercharger, twin-turbocharge it, maybe augment it with the electric drive technology that they already have, and go rear-wheel drive. I'd probably have those turbos dumping out the gills between the front-wheels and door openings. That'd be my last-hurrah Viper." 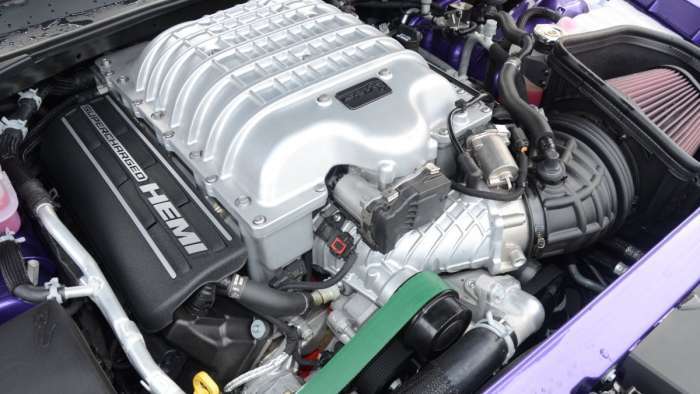 I’m not sure how the exhaust venting through the gills would work for street use and I have to question if a twin turbo setup would really be lighter than the relatively compact IHI supercharger setup. I also don’t like the idea of the hybrid electric components, as they tend to add weight, but like many Mopar enthusiasts, one of the original people involved with the Viper V10 engine program likes the idea of a move to the Hellcat Hemi engine architecture.

As for Tom Gale, his views on the next generation focused more on design, but he began by agreeing with Theodore.

"We didn't practice this, but I'm just totally on the same page," said Gale.

While these two men are on longer involved with FCA or Viper development, for two of the original Viper team members to speak out in favor of a continued design with the engine mounted in front of the driver, but with a Hemi V8, shows that this suggestion is more than just fans dreaming on social media.

DeanMcManis wrote on April 29, 2020 - 4:51pm Permalink
The first myth that I have to dispel is that the Viper's V10 is just an aluminum version of the V10 truck engine. Dick Winkles had been part of the Viper project work from the prototype (which had a V8) to the production Vipers. He was one of the original powertrain development engineers at Team Viper, and he said that the iron block truck V10 weighed around 900lbs, so it was never going to work in the Viper. In the end, the only actual things that the aluminum Viper V10 engine had in common with the truck engine were having a 90 degree V10 design and 488ci (8.0L) engine displacement. Everything else was changed as the truck engine was engineered for low RPM, high torque operation for truck duty, rather than track duty. Lamborghini actually built a couple aluminum V10 engines for use in the Viper, but they were shown to be too expensive, complex, and not reliable enough for the kind of racing abuse that the Viper was bound to encounter. So the only carryover from those prototype Lamborghini engines was the cool looking intake manifold. I do agree with the idea of building the next Viper as a very lightweight performance car. I also don't have a problem with using the Hellcat's V8 motor, as long as it has an aluminum block and heads to save weight, and twin turbos are a wise, modern choice for forced induction because they are both efficient and controllable to provide flexible power delivery that can provide optimal performance. I also like the idea of an electric motor for the front wheels. This way you get the added traction, and performance of AWD, combined with instant torque, economy, and power control of an electric motor. The upcoming top version (Zora/ZR-1) of the new Corvette will most likely have this same configuration of a V8TT with AWD from an electric motor driving the front wheels. It is always a treat when I drive my Viper around, and I really hope that Dodge revives the Viper again in the near future, even if it gets changed to become a more modern performance car at the cost of losing a few legacy features like it's iconic V10 engine.

Tesla-Funded Research Reveals One of The Biggest Mysteries of EV Battery
Tesla Tesla Buyer Nets a Whopping $12,000 Discount After Asking for Reduction
END_OF_DOCUMENT_TOKEN_TO_BE_REPLACED