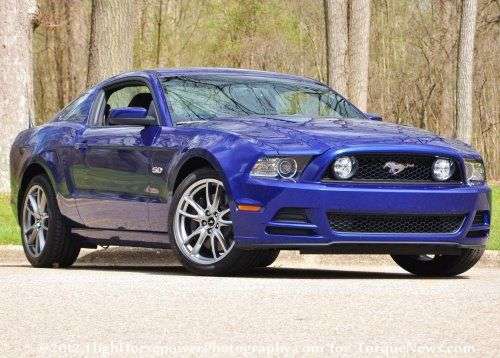 August 24th 2012 marks the end of an era as Mazda6 production at the Auto Alliance International plant in Flat Rock Michigan officially ceases – leaving the mighty Ford Mustang with a production stable all to itself for the time being as the Japanese automaker moves production of their midsized sedan back to Japan.
Advertisement

The next generation Mazda6 will be built in Japan and exported to the United States as Mazda works to improve their financial situation in North America but as Mazda production leaves the Flat Rock plant – there is more room for Ford to build the next generation of the mighty Mustang in addition to the 2013 Ford Fusion. This means that starting on Monday, the Ford Mustang will have the Flat Rock production facility all to itself until overflow production of the 2013 Fusion begins in the future.

Mazda first purchased the Flat Rock plant in 1987, using it to building the Mazda MX6 and the Ford Probe until Ford purchased 50% of the plant in 1992 to help Mazda during troubled times. At first, the Auto Alliance plant built the Mazda 626 and the Mercury Cougar but beginning in 2002 the Mazda6 replaced the 626 and with the end of Cougar production – Ford began building the Mustang in Flat Rock beginning in 2004. Having the all American Mustang built alongside a Japanese sedan inspired some very stupid people to make claims of the Mustang being “Japanese built” but with only Ford products scheduled to be built at Flat Rock in the foreseeable future – the Flat Rock plant is an all American facility.

At one point, Ford Motor Company owned as much as 33.4% of Mazda but their ownership has been reduced to right around 3% after selling off much of their involvement in 2008. With the companies going two different directions and less cooperation between the two automakers combined with Mazda’s financial battles in the US market, it came as no surprise when Mazda announced months ago that they would be shifting production of North American-bound Mazda6 sedans from Michigan to Japan.

“We continue to study various possibilities for the future of AAI, but we don't have anything to announce at this time," Ford said in a statement. “In the meantime, the AAI joint venture will continue after Mazda6 production ends and there will be no change to the investment ratio between Ford and Mazda in AAI.”

Oddly, this comment would lead one to believe that Ford and Mazda would continue with the 50/50 split in ownership of the Flat Rock plant even though Mazda really isn’t doing anything with their half. Perhaps Ford will work out some plan in the near future to buy out Mazda’s portion of the plant or perhaps Mazda stands to benefit in some way from the production of Ford products in a plant that they half own.

The Flat Rock plant currently employs 1,700 workers with another 1,200 being added as part of the $550 million investment planned for the facility in order to produce the next generation Ford Fusion. While the removal of the Mazda6 from the Flat Rock assembly line could impact the need for workers at Flat Rock, the current growth of the Mustang combined with the expected jump in demand for the pony car when the next generation is unveiled in the next few years along should help make up in the “extra” capacity. Add in the Fusion’s arrival in Flat Rock and Ford should require enough production from the Michigan plant help to ensure that the workers are kept good and busy.