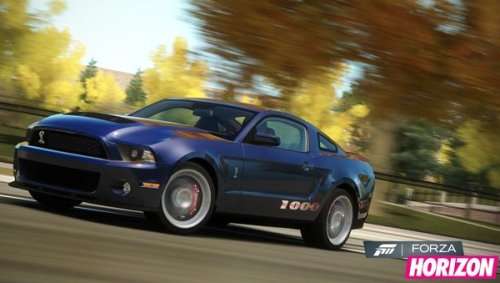 While there was technically an October Car Pack that came with the VIP program for the new racing simulator Forza Horizon, November brings us the first true downloadable content car pack for the new open world racing game – introducing six new cars.
Advertisement

While many people were occupied with picking the next President of the United States (or the same President, as the case may be), the folks at Turn 10 launched the first official DLC pack for Forza Horizon. The November Bondurant Car Pack for Forza Horizon brings six new cars to the game with a fairly diverse spread among the newest vehicles to arrive at the fictitious Horizon Festival ranging from an affordable American SUV to one of the ultimate Italian supercars.

First up, we have the affordable 1993 Nissan 240SX SE, which is rated a D227. Next in line is the 2012 Jeep Wrangler Rubicon with a rating of D229 and while this vehicle seemed a bit out of place in Forza Motorsport 4 – the off road portions of Forza Horizon should make this an idea vehicle.

There is a big jump in performance after the Jeep in the Forza Horizon November Car Pack with the new “lowest performance” model being the 1965 Shelby Cobra 427 S/C; a car regarded as one of the greatest American performance cars of all time which packs a Forza rating of A 519. This is also the car that helped launched the incredible career of automotive legend Carroll Shelby, who passed away earlier this year. Mr. Shelby’s original Cobra is joined in the November Bondurant Car Pack by the 2012 Shelby 1000 Mustang – a 950 horsepower super muscle car that was Mr. Shelby’s last project before passing (rated S 643, shown above on the right). These two cars make for a fitting tribute to the legendary car builder.

Finally, we head across the pond for the last two cars in the Forza Horizon November Car Pack with the 2010 BMW M3 GTS (S 615) and the 2012 Lamborghini LP570-4 Spyder Performante (S 673) rounding out this DLC package.

While this November Car Pack doesn’t add any events or challenges to the career mode, the developers have promised a new set of Monthly Rivals events that will surely incorporate at least a few of these new vehicles in Forza Horizon. Unfortunately, as this piece is published here on TorqueNews.com, the Monthly Rivals section is still showing the races from last month – but I suspect to see the November events very soon.

The November Bondurant Car Pack costs 400 Microsoft points (about $5) but those who sprung for the Horizon Season Pass will get this pack - and the next five running through April 2013 - for free. Those who do not have the Season Pass and do not want to spend the 400 MS points to buy the full package can buy each separate vehicle for 240 MS points. Those who want only the Jeep Wrangler Rubicon are in luck – as it is the free “Sample” vehicle for November.