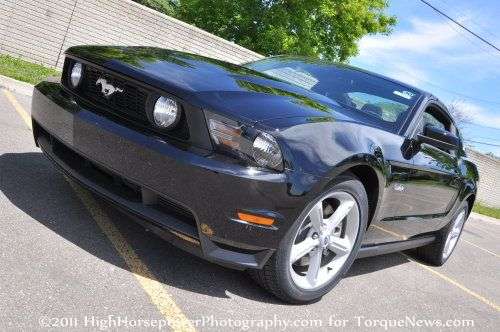 Back in August, TorqueNews reported that the National Highway Traffic Safety Administration had opened an investigation into 2011 Ford Mustang models powered by the 5.0L V8 and the 6-speed manual transmissions after a variety of shifting issues were reported but after 4 months of research and testing – the government agency has closed the Mustang transmission investigation with no further actions planned.
Advertisement

When the NHTSA opened their investigation in August (click here for more on the investigation), the federal agency was looking into a variety of complaints about the 2011 Ford Mustang GT, 2012 Ford Mustang GT and the 2012 Ford Mustang Boss 302. These issues ranged from excessive noise and vibration from the transmission to the inability to shift under certain circumstances but after a 4 month investigation, the NHTSA has ruled that “there is no indication of loss of motive power or unreasonable safety risk associated with the alleged defect in the subject vehicles.” No safety risk means that there is no need for a recall, even though the issues described by the complaints to the NHTSA can certainly prove to be an annoyance for owners.

During the NHTSA investigation, the group’s Office of Defects Investigations (ODI) looked at complaint information provided by Ford Motor Company as well as complaints issued directly to the federal agency with a total of 364 complaints from 2011 and 2012 Ford Mustang owners. In November, Ford Motor Company addressed the most frequent complaints about the 2011 and 2012 Mustang GT and Boss 302 with a variety of technical service bulletins (TSB), which surely contributed to the decision by the NHTSA to close the investigation without any further actions or recalls.

The key concerns addressed by the NHTSA investigation of the 2011 and 2012 Mustang were shift quality in cold conditions, clutch stay-out at high speeds, grinding gears and gradual loosening of clutch plate bolts in early versions of the 2011 Mustang GT. The majority of the complaints related to difficulty in shifting while the car was not warmed up but Ford Motor Company was quick to point out that this was not a defect, but was caused by increased transmission fluid viscosity in colder conditions. Ford issued TSB 11-3-18 to address this issue, having dealership technicians install lower viscosity fluid for those owners experiencing these cold shifting issues.

Next, Ford addressed the clutch stay-out issue, point out that it generally only occurs at higher speeds and engine rpm above 4,000 but most importantly – it does not directly prevent the selection of a gear – it just slows down the shifting process. The clutch stay-out essentially fixes itself once the engine rpms drop below 4,000 so once the engine speed drops, the driver will be able to engage the desired gear. However, Ford found that some of the clutch components as being at fault for this and they addressed the problem in TSB 10-19-4. This allowed for new replacement clutch pedal parts that should prevent stay-out issues.

A handful of 2011 and 2013 Ford Mustang GT or Boss 302 owners also complained of excessive gear clash or grinding noises when shifting. Ford stated that this was caused by aggressive shifting which in turn caused the clutch plate fasteners to work their way loose. This problem is introduced to the driver by a change in shift quality and the feel of the shifting process but like the other issues above, clutch plate fasteners working loose will not prevent gear selection unless the driver literally ignores the noises and grinding until the clutch plate fasteners fall out. Ford implemented a new design to the clutch plate fastener bolts on newer models and for those having issues with older models, the Motor Company issued a special service statement that should fix the problem. However, since this problem is gradual and doesn’t cause any immediate drivability problems – Ford has shown that a recall isn’t needed.

The final line in the statement from the NHTSA reads: There is no indication of loss of motive power or unreasonable safety risk associated with the alleged defect in the subject vehicles. This preliminary evaluation is closed.

Unfortunately for angry owners of 2011 and 2012 Ford Mustang GT and Boss 302 models, the announcement by Ford and the NHTSA’s closing of the investigation haven’t solved their problems but with such a small minority of owners experiencing issues and none of them posing any safety risks – it is no surprise that the NHTSA closed the file without requiring a further action after Ford issued TSBs to address the majority of the complainants issues. For more information on Ford's announcement in November about the new 6-speed manual transmission shifting issues, click here for more information from the Mustang super-enthusiasts at MustangForums.com.