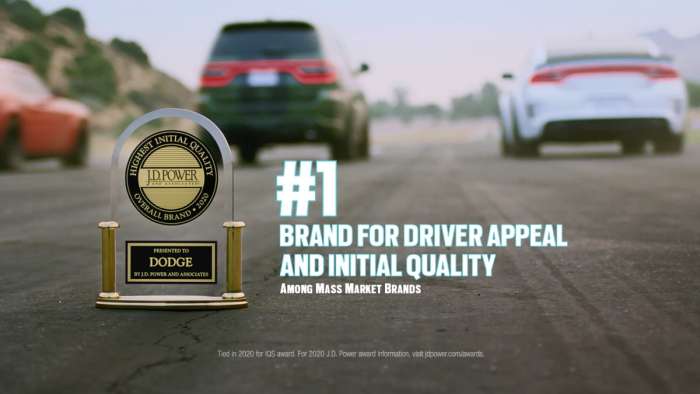 Dodge is celebrating their J.D. Power awards with a 60-second commercial that features the Charger Hellcat Redeye, Challenger Super Stock, Durango Hellcat and several characters from the “Talladega Nights: The Ballad of Ricky Bobby”.
Advertisement

The Dodge brand has made a name for itself in pop culture in a variety of ways. First, the company works to get their vehicles into movies, television shows and music videos. Second, FCA often showcases pop culture icons in their advertising. For example, Dodge has provided many of the featured vehicles in the Fast and Furious movie franchise and most recently, the Jeep brand called on Bill Murray to reprise his role from Groundhog Day to promote the new Gladiator pickup.

Dodge recently became the first brand to win both the J.D. Power APEAL Study and the J.D. Power Initial Quality Study in the same year. To celebrate that fact, their marketing department has teamed up with Sony Pictures to create a commercial feature characters from “Talladega Nights: The Ballad of Ricky Bobby”. In that movie, Ricky Bobby’s motto was “if you ain’t first, you’re last”, and with Dodge finishing first in those two J.D. Power studies, they are taking a mild shot at the rest of the industry.

Dodge is Different
Most automakers in the United States are going away from cars, focusing instead on sport utility vehicles and crossovers. Those companies that are still developing a full range of cars are generally focusing on hybrids, EVs and other ultra-efficient models. Then there is Dodge. 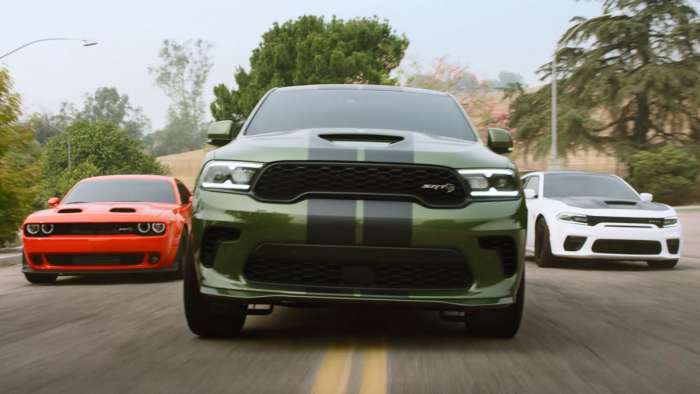 Going into the 2021 model year, Dodge has a full-sized SUV, a full-sized sedan and a large two-door coupe. Based on industry trends and the claims of industry experts – who all go out of their way to ram EVs down our throat – Dodge should be doing poorly. Not only do they only have larger vehicles, but they current don’t offer any hybrids or EVs. They do, however, have a coupe with 807 horsepower, a sedan with 797 horsepower and an SUV with 710 horsepower, and people are lining up to buy them all.

In a time when industry trends are forcing many drivers into boring, compact SUVs with a floor made of batteries, Dodge is making more and more powerful vehicles – and consumers are loving it. While the industry as a whole is down due to the ongoing pandemic, Dodge is thriving with those three large, high performance models.

Family Motto
To celebrate their current success, the Dodge team created the commercial below. It features Gary Cole reprising his role as Reese Bobby along with two young boys who are playing the roles of Ricky Bobby and Cal Naughton Jr. as children. The commercial was made in cooperation with Sony Pictures and Oliver Wood, the cinematographer from Talladega Nights, was involved as well. 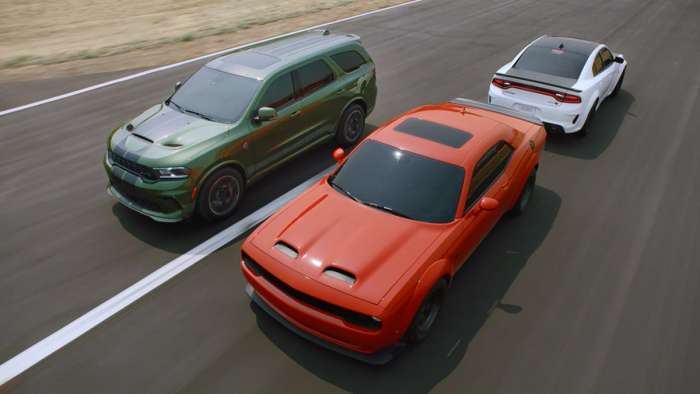 In the video, a young Ricky Bobby is driving a 2021 Dodge Charger SRT Hellcat while Reese Bobby chases him in a new Durango SRT Hellcat. Reese is trying to get the 10-year old to stop driving the supercharged sedan, insisting that he was only allowed to do burnouts. However, Ricky has hit the street and he is eventually joined by a young Cal Naughton Jr, in a new Challenger Super Stock.

The father than tells the child to remember his motto. At that point, the two kids reel-off two mottos from the movie – “wake up in the morning and piss excellence” and “always get a DNA test” – but those were what Reese Bobby is going forward. What he means is the more appropriate family motto of “if you ain’t first, you’re last”.

This commercial is sure to ruffle some people’s feathers, but so do the monstrous performance vehicles currently offered by the Dodge brand as they continue to grow their “Brotherhood of Muscle”.

Elizabeth Gibbons wrote on March 16, 2021 - 9:15pm Permalink
I don’t think it’s smart to show kids driving cars. Bad idea
M Croson wrote on March 19, 2021 - 6:33am Permalink
Remember when Chevrolet was forced to remove their C6 Corvette commercial years ago with a young boy and girl driving a Corvette. This new commercial is exactly the same. Will it be left to run or be canceled too?