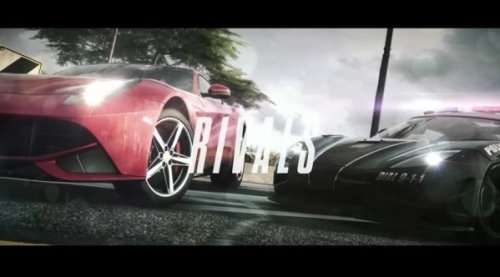 The newest installation of the fabled Need for Speed racing series will arrive for Xbox One and Playstation 4 later this year – with a basic cops-versus-racers format similar to what we loved about Need for Speed Most Wanted but with a new online game design like nothing we have experienced before.
Advertisement

Need for Speed Rivals should offer us the same open road racing awesomeness that we have come to love from the majority of the NFS series with the interference of a high performance police force. In NFS Rivals, gamers can play the traditional illegal street racer role or they can chose to play as one of the boys in blue and pilot a variety of exotic police cars, trying to bust the racers. As a racer, you progress through the game as you win races and increase your wanted level – unlocking new vehicles, customization options and performance features as you advance. As a police officer, busting racers increases your rank and as your police rank increases, you will unlock new police cars and new pursuit technologies including things like shockwaves, road blocks and air support. Racers also get to unlock weapons of their own such as turbo boost, police system jammers and electromagnetic pulse (EMP) capabilities.

The biggest news about the new Need for Speed Rivals is the new AllDrive online system that seamlessly combines the online and offline (solo) gaming experience. Unlike many racing games that require you to change to a different multiplayer mode and wait in a lobby of some sort, starring at a black screen while waiting for other racers to show up NFS Rivals allows “real world” integration for those playing online. This system allows a gamers’ online friends to essentially pop into a game and from the sound of the press release from Electronic Arts – friends will even be able to breeze through other’s career events. It will certainly be interesting to see if AllDrive allows one friend to interfere in another’s career events as that would definitely allow for some help in beating given races. Imagine if you cannot beat a certain race but you can have a buddy with a faster car come in and knock out some opponents...it could certainly take a racing game to a whole new level.

"The Need for Speed franchise has been an industry leader bringing social competition to the forefront in games," said Marcus Nilsson, Executive Producer, Ghost Games. "For the first time, players will have the freedom to seamlessly go from single player to co-op to multiplayer. In Need for Speed Rivals we are creating one game experience with one progression, where the freedom to play with friends is more fluid and accessible than ever before."

The press release promises that NFS Rivals will feature next generation high definition details, the impacts of different weather conditions, the Autolog system that compares your times to others around the world and vehicle personalization that allows the racers to add their own custom paint jobs, custom license plates, decals, custom rims and performance upgrades.

Finally, a key note on the announcement of Need for Speed Rivals is the reintroduction of the Ferrari brand to the NFS series. To showcase Ferrari’’s return to Need for Speed, EA used the new F12 Berlinetta in the first trailer video of the game. The video (shown below), has a bright red F12 doing battle with a Koenigsegg Agera S police car. According to EA, it has been seven years since Ferrari has been featured in an NFS game but as a long time racing gamer – I honestly cannot recall the last time that I remember a Ferrari in any Need for Speed game.

"We are back in the Need For Speed franchise, starting with Need for Speed Rivals, as we want the fans of this world famous and award winning racing game saga to be able again to feel the excitement of the Ferrari Brand and cars,” said Spokesperson Stefano Saporetti, Head of Brand Operations in Ferrari.

Need for Speed Rivals will hit shelves on November 19th 2013 for the Xbox 360, Playstation 3 and PC along with being available for both the Xbox One and the Playstation 4 when those next gen consoles are launched. Those who are really into the NFS gaming experience can pre-order Rivals at various stores and receive the Need for Speed Rivals Ultimate Cop Pack at no additional cost. This gives the gamer a variety of special features including Nissan GT-R Black Edition cop car, a custom race livery and unspecified advanced pursuit technology.