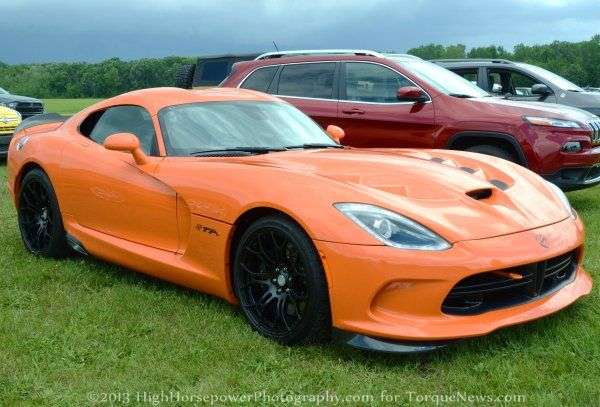 Most SRT and Jeep Models Get a 2014 Pricing Increase - Dodge, Ram and Chrysler to Follow Suit

We brought you the news roughly a month ago about the 2014 SRT Viper pricing increases and with pricing becoming available online for the entire SRT lineup as well as the full 2014 Jeep lineup – it looks like many Chrysler Group products will cost more for 2014 than comparable models in 2013.
Advertisement

First off, what got me looking into the pricing of the 2014 Chrysler Group models was the fact that the pricing for the 2014 SRT Viper was higher than what the company announced back in August. When Chrysler announced the pricing for the base 2014 Viper, it was slated to cost $101,995 but the DriveSRT website now lists the Viper at $102,485 - $490 more than originally reported. That got me looking at the pricing of the other SRT products and it seems as though most Street and Racing Technology models will be sporting a price hike for the new model year.

Pricing is also available for the 2014 Jeep lineup with some increases and some decreases among the Trail Rated lineup. The Jeep Patriot, Wrangler and Wrangler Unlimited all stick with the same pricing as the 2013 models with Patriot starting at $15,995 while the smaller Wrangler starts at $22,395 and the larger Unlimited starts at $25,995. The base 2014 Jeep Compass actually gets a price cut by $1,000 down to $18,495 while the Grand Cherokee base pricing jumps up by $1,100. When you begin to dig through the pricing details, the Grand Cherokee trimlines increase by more than $1,100 with the biggest price hike coming to the 2014 Grand Cherokee Limited and Overland models – both of which increase by $2,700. The detailed pricing also shows price hikes for some trimlines of the Patriot, Wrangler and Wrangler Unlimited so it seems that no model is completely safe from price increases for 2014.

The 2014 pricing is not yet available on the Dodge, Chrysler and Ram Truck websites but the folks at Allpar have some early insight into the new pricing. A company insider has suggested that the entire 2014 Ram Truck lineup will see prices increase by $185 for the 1500, 2500, and 3500 series pickups while the heavy hitting 4500 and 5500 Rams are $210 than the 2013 trucks. From the Chrysler brand, the base 200 is expected to increase in price by $600 with individual trimlines also increasing by as little as $250 and as much as $340 while the larger 300 sedan sees increases of $100-150 depending on the trimline chosen and the Town & Country minivan jumps up by $200-300. Over at the sporty Dodge brand, the midsized Avenger is expected to see the biggest price bikes with the base SE rising $700 and the SXT rising by $600. Fortunately, the Blacktop and Rallye packages are expected to drop $200 and $395, respectively. The base model Charger SE is expected to rise by $200 but adding the 8-speed automatic transmission should cost $200 less so those 2014 Charger SE sedans fitted with the 8-speed gearbox should cost the same as 2013 models.