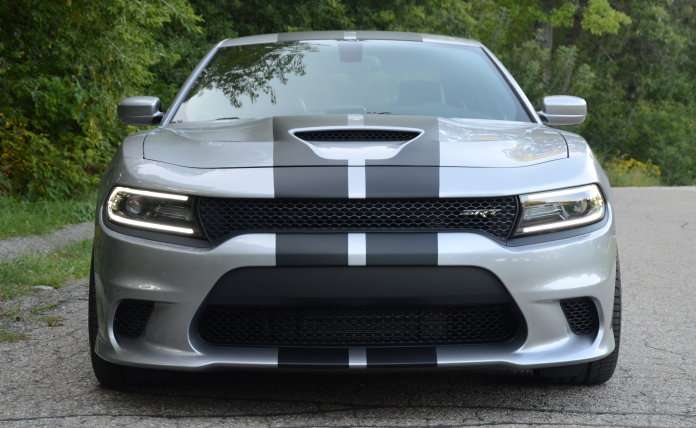 The current Dodge Challenger and Dodge Charger are expected to reach the end of their generation within the next few years, and to send off the Mopar muscle car, there have been a handful of new models introduced for the Challenger. This includes the all-wheel drive Challenger GT, the 707 horsepower Challenger Hellcat Widebody and the 840hp Challenger Demon, but so far, there has been no mention of anything special for the Dodge Charger.

Although the Hellcat Challenger outsells the Hellcat Charger, the entire Charger lineup routinely outsells the Challenger each month, meaning that there are more Mopar fans driving Hemi-powered sedans than there are people drive the Hemi-powered Challenger. Not surprisingly, there is a passionate community of modern Dodge Charger fans and owners, and the vast majority of them want to see some love for the high performance sedan.

Special Edition Charger Possibilities
Since the modern Charger and Challenger were introduced roughly a decade ago, they have shared engines and (most) trimlines, but that is set to change for 2018 model year. The Challenger now has a unique widebody design in both 707 and 840 horsepower varieties, and while some people hate the flared fender look – other Mopar lovers want to see that look applied to the Charger. It seems possible that adding flared panels to the Charger Hellcat would give the high performance sedan the same advantages over as the Widebody Hellcat Challenger. Bigger tires would lead to improved handling and better grip on a hard launch, possibly making the world’s fastest sedan even faster.

It just so happens that Dodge has the new supercharged engine from the Challenger Demon, which delivers 808 horsepower on “pump gas” and 840hp on 100-octane race gas. Dodge has already said that they wouldn’t build a drag strip-purposed sedan, but it seems feasible that they could use the 808hp version to power a future Charger. If Dodge could work in some of the gadgetry from the new Jeep Trackhawk, such as the Torque Reserve system, that big power could help make this new Charger the greatest all-around performance sedan in the world – beating anything from Tesla or the European luxury brands.

The Bottom Line, Obstacles
Ultimately, while some Charger fans would like to see the widebody look on the high performance sedan, this really comes down to the Mopar community wanting more power from the four-door muscle car. Dodge has engines in their lineup which offer far more power than the 707hp Hellcat model, so even if the tougher Charger didn’t have 800+ horsepower, it shouldn’t be that hard for the company to inject more power into the world’s fastest sedan.

The biggest obstacle from seeing an 800+ horsepower Dodge Charger is the business case. The Hellcat Challenger has outsold the Hellcat Charger by roughly 3-to-1 over the first three model years (2015-2017), so while more buyers overall pick the Charger – more folks buying supercharged cars pick the coupe. That lower demand for the highest performance sedan relative to the coupe could cause the company to stick with only the Challenger when it comes to big power models, but with so much attention paid to the Challenger for 2018, it seems unlikely that the Dodge brand won’t do something special for the end of this generation Dodge Charger.

If you had a higher performance Dodge Charger what would you do with it? Please share your opinions in the comments section below for discussion. If you liked this article and think it may help your friends, consider sharing or tweeting it to your followers.

Bret wrote on November 27, 2017 - 5:07pm Permalink
Wanting high performance Dodge Chargers and buying them are two different things. Mopar lovers will probably want them, but will they buy them after seeing the price?