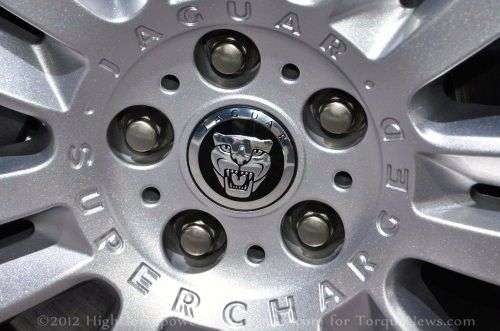 Over the next three years, Jaguar Land Rover hopes to reduce the number of dealerships in the United States by roughly 20% by consolidating the two brands into a single dealership with an ideal figure of about 200 dealerships remaining when the process is complete.
Advertisement

Right now, there are 247 dealerships in the United States and 97 of those only sell one of the two company brands – either Jaguar or Land Rover – while the other 150 offer both brands under one roof. Over the next three years, company management hopes to cut the number by about 47 dealerships by merging the majority of those 97 single-brand dealerships into one, dual-brand dealership entity.

Jaguar Land Rover management are trying to model their dealership layout more like Mercedes Benz or BMW – both of which has broad product offerings ranging from sports cars to premium luxury sedans to high end sport utility vehicles under one roof. Jaguar Land Rover as a company offers a similar range of products but management feels that those dealerships with only one brand are not competing as well with Mercedes or BMW because in selling only Jaguar or only Land Rover, those dealerships will either offer luxury SUVs or luxury sports cars/sedans.

Jaguar Land Rover stated that 45% of Jag owners also own a sport utility vehicle. Right now, when a dealership who only sells Jaguar products has a customer looking for something to get around with in the winter – the best that they can do is refer this customer to the nearest Land Rover dealership. That seems like a decent solution but when that customer just happens to stop by a BMW dealership on the way to look at a new Land Rover, that customer could easily be lost. With a combined Jaguar Land Rover dealership there is less chance of having that same customer stray when he or she can buy a new SUV from the same company and salesperson who sold them their new Jaguar.

A similar process has worked well for Ford Motor Company and the Fiat-run Chrysler Group as the reduction in dealership numbers have helped improve the bottom line for those dealerships that were able to adapt and survive. That being said, the “suggested” mergers by those two American branded dealership groups didn’t do much good for the businesses that were bought out or dissolved altogether and because of that, the merger process ended up creating some negative press as the parent companies were accused of forcing some dealerships out of business in an effort to lower numbers via mergers.

However, Jaguar Land Rover plans to take a much more passive approach in working to merge their single-brand dealerships so this process could be looked upon in a more positive light by those businesses that are affected. Jaguar Land Rover management has stated that there will be no buyout plans and no financial incentives from the company but at the same time – parent company Tata Motors of India has no plans to force dealerships to make to merge with another dealership. Instead, company management has been meeting with dealerships in their top US markets (Chicago, San Francisco, Denver, Los Angeles, New Jersey, New York, Oregon), explaining the benefits of merging with other local single-brand dealerships. Yes, we were also surprised by Oregon.

In addition to merging, these “new” Jaguar Land Rover dealerships will be presented with a standardized renovation design for their business but the company has stated that "we will not be hitting people over the head with this” – presumably taking a shot at the American brands that have required struggling dealerships to undergo costly renovations to meet a new look that was decided upon at the corporate level.

The company has already had one success story under this goal of combining dealerships as Prestige Auto Group took their Land Rover dealership in Paramus New Jersey (the top LR dealership in the country) and merged it with nearby Berger Jaguar, whom they recently acquired. To accommodate these two brands under one roof, Prestige is building a new 68,000 square foot dealership in Paramus out of an old Mercedes Benz dealership. Jaguar Land Rover management hopes that other groups around the country (especially in those seven markets mentioned above) will follow suit in an effort to improve overall sales in the US.

This all makes perfect sense from a corporate standpoint but for those single-brand dealerships not interested in selling or merging, it could be a difficult decision.