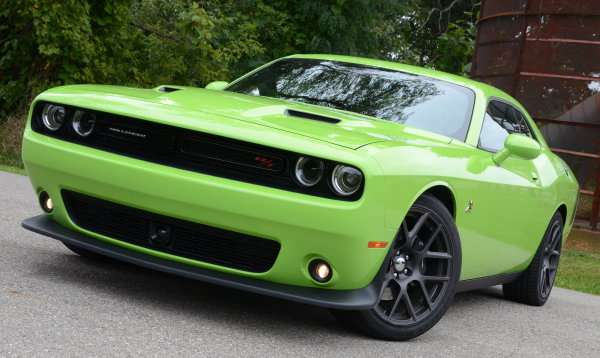 If the Dodge Charger Gets a Turbo 4, the Challenger Might, Too

There has been plenty of speculation about the next generation Dodge Charger getting a twin turbocharged 4-cylinder, but we rarely mention the Dodge Challenger in those discussions – which I believe will also get the boosted 4-cylinder mill in the event that such an engine is offered in the Charger.
Advertisement

There have been a variety of insider reports stating that the next generation Dodge Charger will have a new twin turbocharged 4-cylinder code named the Hurricane. This engine is expected to offer somewhere in the area of 300 horsepower, but more importantly, it should be far more fuel friendly than the current 3.6L Pentastar V6 which offers similar power.

Mind you, this is purely speculation based on insider information and FCA hasn’t offered any information to guarantee that there will be a twin turbo 4-cylinder engine in the Dodge Charger, but based on our generally reliable insider sources – the Hurricane is coming.

This engine should play a major role in improving the overall fuel economy of the Dodge Charger, which helps offset the negative impact of the high performance V8 engines under the CAFÉ requirements, but if FCA does introduce a powerful 4-cylinder engine for their large sedan – I expect it to be offered in the Dodge Challenger as well.

Twin Turbo 4-Cylinder Challenger?
While it might seem like blasphemy to equip the Dodge Challenger with a 4-cylinder engine, here are a few key points to consider.

1. The Ford Mustang and Chevrolet Camaro both have a turbocharged 4-cylinder engine, which helps improve their overall fuel economy measures while also introducing a more attractive engine option for foreign markets.

2. The Dodge Charger and Dodge Challenger has always shared engines since their modern introduction and with the expectation that both cars will continue on with a shared chassis in their next generation – they will almost certainly continue to share engines.

3. Buyers who are happy with a Pentastar V6 with 292-305hp wont turn their noses up at a turbocharged 4-cylinder with more power and better fuel economy capabilities.

The Hurricane twin turbo 4-cylinder mill is expected to offer 300 horsepower and at least 300lb-ft of torque, which would make a Charger or Challenger with that engine a better performer than the similar car with the Pentastar V6, mostly due to the possible advantage in torque. While some V8 fans will insist that vehicles like the Challenger and Charger should only have V8s, the fact of the matter is that lots of people buy the V6 models. They still offer solid performance, they cost less to buy, they cost less to insure and they cost less to feed. Those people care more about those key attributes than they do about the number of cylinders, so those folks who bought the V6 Challenger or Charger won’t think twice about buying a more efficient and more powerful 4-cylinder engine.

How This Helps the Hemi
Now, before my diehard V8 fans freak out and run to the comments to insist how a 4-cylinder engine will ruin the Dodge Challenger, here is something to keep in mind.

The government requirements on fuel economy measures are based on the total collection of vehicles sold by an entire automaker. A high volume vehicle like the Chrysler Pacifica with the ability to hit 30mpg and which sells in huge volumes has a much bigger impact on the overall MPG rating under the CAFÉ laws. The more efficient vehicles FCA sells, the more examples of less efficient models like the Hellcat Challenger they can build without falling below the minimum MPG number.

If FCA can equip the Challenger and Charger with a turbocharged 4-cylinder that gets better fuel economy than the Pentastar V6 and the engine performs well enough to become a strong seller – similar to the Ford Mustang EcoBoost – this new engine would raise the overall fuel economy figure of the Dodge brand without removing one of the higher performance Hemi engines.

So, if you want to keep seeing a vehicle like the 707hp Hellcat Challenger – you should embrace these super-efficient, small engine versions of the same cars.